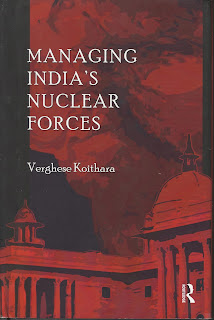 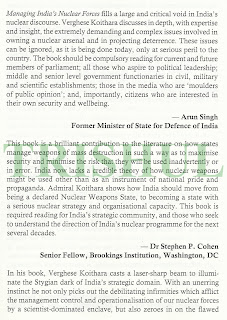 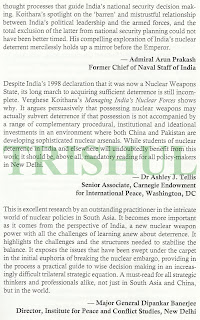 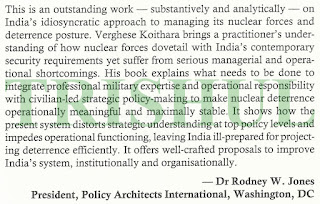 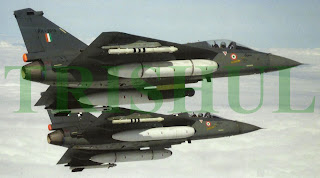 India’s Ministry of Defence (MoD) has always had this uncanny ability of engaging in masterly inactivity when it comes to nurturing and strengthening the country’s military-industrial infrastructure through structural reforms, and yet when push comes to shove, it resorts largely to obfuscation in order to steer clear of controversies, starts being economical with the truth, relies on totally unrealistic expectations, and makes public demands that are impossible to fulfill. Take, for instance, Defence Minister Arakkaparambil Kurian Antony’s declaration on May 29, 2013 that the ‘Tejas Mk1’ multi-role combat aircraft (MRCA) needed to be made available to the Indian Air Force (IAF) by the end of 2014 at all costs, i.e. the IAF’s first designated Tejas Mk1 squadron—No45 ‘Winged Daggers’—should begin operational conversion on this MRCA by December 2014 “no matter what”. 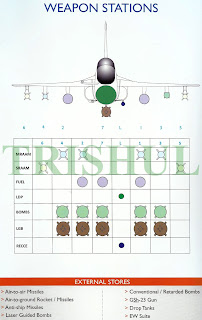 Now, what exactly are we to make of such an absurd and bizarre insistence? Does it mean that the Raksha Mantri (Defence Minister) has been deliberately mis-informed for the past five years by the IAF, senior bureaucrats of the MoD and the technocrats of the MoD-owned Defence Research & Development Organisation (DRDO) and is therefore merely echoing what he has been told? Or is it a case of willful and deliberate attempt to disclose a particular version of events that will not only stand the test of reason, but will instead make India’s military-scientific community the laughing stock of the world? 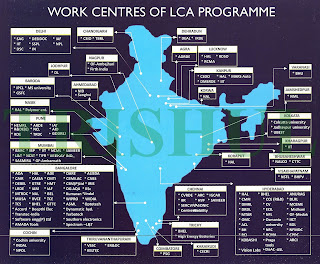 Take for instance the issues of the Tejas Mk1 MRCA’s initial operational clearance (IOC) and final operational clearance (FOC). With much fanfare, the MoD and the DRDO had claimed on January 9, 2011 that the Tejas Mk1 had on that day had achieved IOC. Just about a year after that, it was admitted by the DRDO that what had been achieved was just IOC-1, with IOC-2 slated for achievement by December 2013. What the MoD and DRDO have obviously forgotten to take note of is that the statuses of IOC and FOC are accorded ONLY by the IAF to its operational squadrons after an elaborate and exhaustive process of operational conversion from the preceding aircraft-type to the latest aircraft-type. And key to the initiation of this process is the availability of an aircraft like the Tejas Mk1 that has firstly to be fully flight-certified by both the IAF and the Centre for Military Airworthiness & Certification (CEMILAC). 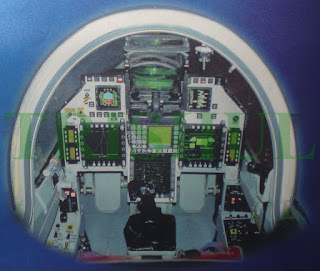 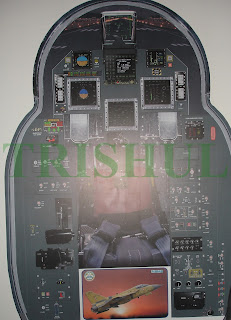 Without this, the Tejas Mk1’s 40-odd manuals dealing with the three levels of maintenance, repair and overhaul (MRO) as well as operational flight conversion, and eight manuals dealing with the MRCA’s operational employment in combat during wartime will not be available, and consequently, the IAF will not be able to raise its complement of proficient aircrew (20) and ground-crew (126) that are required for ensuring the serviceability and operational availability of the 16 series-production (SP) Tejas Mk1 single-seaters and four tandem-seat operational conversion trainers that will make up the IAF’s first Tejas Mk1 squadron. This due process is, however, not understood by many within India (including the Raksha Mantri) and consequently, certain ‘desi’ journalists continue to erroneously and mischievously claim that it is the IAF, which, in its quest for sublime perfection, continues to resist the Tejas Mk1 MRCA’s service-induction. 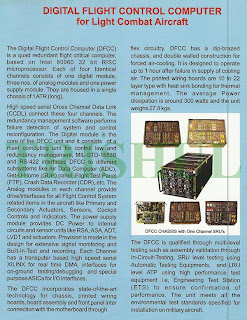 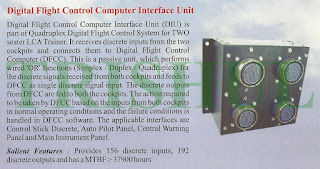 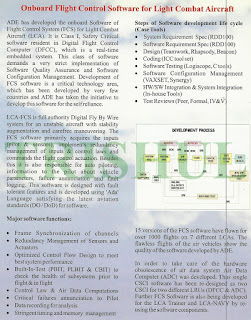 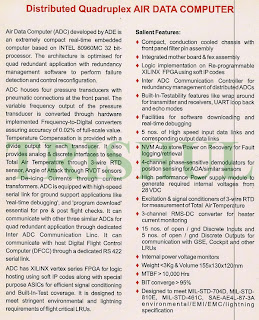 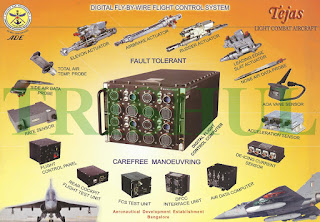 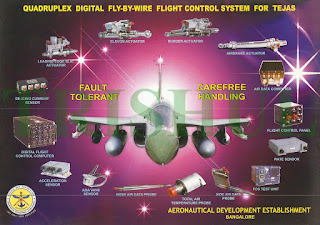 Which brings us to what’s happening today. The LSP-series of Tejas Mk1—LSP-1, LSP-2, LSP-3, LSP-4, LSP-5, LSP-7 and LSP-8—are presently being used for flight certification/weapons qualification purposes only by both the DRDO-owned Aeronautical Development Agency’s (ADA) National Flight Test Centre (NFTC) and the IAF’s Aircraft & Systems Testing Establishment (ASTE). Of these, only LSP-7 and LSP-8 along with the tandem-seat PV-5 are being used only by ASTE for drafting the Tejas Mk1’s operational flight conversion and MRO manuals, an exhaustive process that is expected to be completed only by late 2014, PROVIDED the CEMILAC and IAF jointly approve the Tejas Mk1’s operational flight envelope. It is only after clearing this major hurdle that the MoD will authorise the commencement by the MoD-owned Hindustan Aeronautics Ltd (HAL) of the series-production of the 40 SP-series aircraft (32 single-seaters and eight tandem-seaters) plus the construction of an engine test-cell, an MRO simulator and a full-mission Tejas Mk1 tactical simulator at the IAF’s Sulur Air Force Station (AFS), while the IAF will establish an avionics intermediate workshop over there. 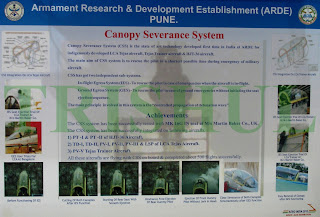 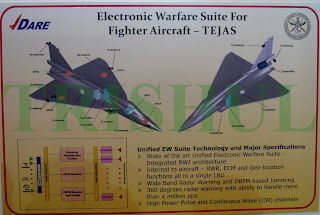 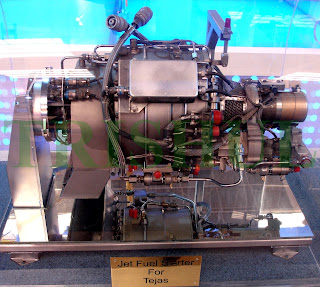 Going by present-day estimates, HAL will be able to deliver all 20 Tejas Mk1s not before the latter half of 2016. By late 2014, at least four LSP-series Tejas Mk1s will be required to be deployed at Gwalior AFS with the IAF’s Tactics & Combat Development Establishment (TACDE) for being used for articulating the Tejas Mk1’s tactics for operational employment in air combat, all-weather precision ground-strike and all-weather air-reconnaissance. This process will last till late-2016. Consequently, the IAF’s No45 Sqn will be able to commence operational conversion of its aircrew and ground-crew complements only by the latter half of 2016, i.e. the process of IOC will get underway at last. The FOC will follow only two years later, i.e. by 2018. 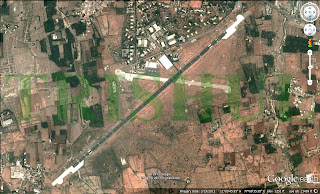 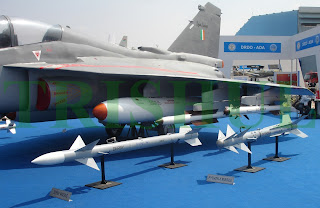 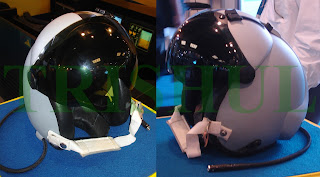 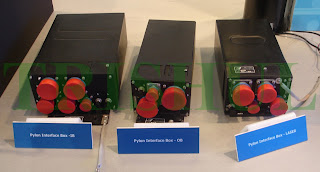 What remains to be done are the following: integration of an imported nose radome and validation of the Tejas Mk1’s Honeywell-supplied environment control system (a process that will involve another round of all-weather flight-trials lasting some 80 flight-hours), flight validation of a new open-architecture mission computer, flight validation of a new digital flight-control computer and air-data computer along with related flight-control logic, and integration of the RAFAEL-built Derby BVRAAM and RecceLite pod, and IAI-built EHUD ACMI pod (in R-73E configuration).
Other crucial pieces of work that continue to elude their R & D deadlines are the full-mission Tejas Mk1 tactical simulator, which HAL was supposed to have delivered by late 2010 under a ‘Build, Operate and Maintain’ (BOM) basis, a fixed-base cockpit procedures trainer, plus several part-task trainers for mission avionics and weapon systems. 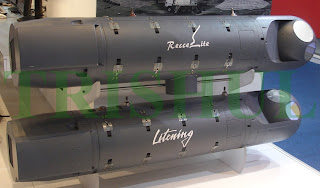 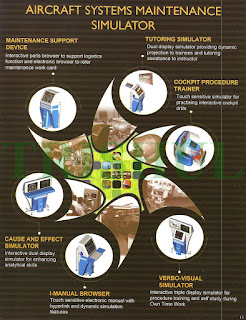 Was It An Avoidable Mess?
Definitely so. And the one to be blamed squarely for it is none other than the MoD, which has consistently failed to, and still fails to evolve a cohesive and productive higher defence management mechanism for India. It is due to the MoD’s ad hoc approach to national security planning that there exists within India today four distinct and uncoordinated power structures: the executive branch of the Govt of India, the ill-informed bureaucracy within the MoD that control the MoD-owned DPSUs like HAL, the technocrats of the DRDO that are obsessed with fielding only technology demonstrators, and lastly the warfighters, who are reduced to acting as only operational recipients of products and service instead of being the designated strategic drivers of indigenous military R & D projects. Failure to bring on to a single page all these key players is what has led to the Tejas Mk1 MRCA consistently missing its envisaged R & D milestones by at least a decade. Take, for instance, the development of the Tejas Mk1’s quadruplex digital fly-by-wire flight control system (FBW-FCS) and its related flight-control laws, whose final validation continues to be elusive. Had the MoD taken two crucial decisions correctly in the early 1980s—that of appointing HAL as the prime R & D-cum-industrial contractor for the MRCA’s airframe, accessories and FBW-FCS, and ADA as the leader of a consortium of DRDO-owned laboratories for developing the MRCA’s mission avionics and integrated EW suite—the Tejas Mk1 would surely have entered operational service a decade ago. 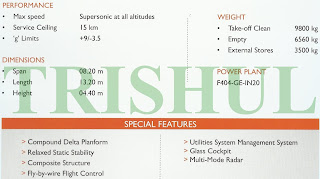 For as far back as 1978, there was a golden opportunity for HAL’s Aircraft Research & Development Unit to master the intricacies developing and validating a digital FBW-FCS when BAE Systems (then known as British Aerospace) had proposed to the MoD that the two companies ought to team up on a risk-sharing basis for developing a digital FBW-FCS for those Jaguar IS/IM interdictor/strike aircraft eventually destined for the IAF. This well-meaning and far-reaching proposal was, however, turned down by the MoD for reasons yet unknown. Another cardinal error committed by the MoD was that it bestowed all R & D responsibilities for the Tejas MRCA on to the DRDO’s ADA, instead of HAL. The consequence of this was the MRCA evolved as a product of the technocrats, by technocrats and for technocrats, instead of emerging as an easily maintainable, deployable and employable weapons platform that HAL’s ARDU was eminently qualified to deliver. It is estimated that due to these two reasons alone, not only the Tejas Mk1’s operational induction schedule has slipped by slightly more than a decade, but it also prevented HAL from emerging as a provider of indigenous military fixed-wing aircraft solutions by the late 1990s, such as the HTT-35 basic turboprop trainer—a project that was terminated by the MoD in the mid-1990s. 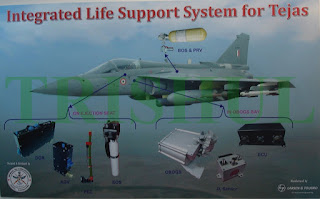 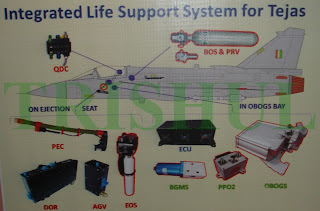 Similarly, by trying vainly to eat more than it can chew, the DRDO’s various laboratories have thus far failed to deliver the Tejas Mk1’s indigenous X-band pulse-Doppler monopulse multi-mode radar, while of the 358 LRUs present in the Tejas Mk1, only 53% of them have to date been indigenously developed,  with the remaining 47% (112 LRUs) being of imported origin. And even among the 358 indigenous LRUs, block obsolescence has begun to set in, as in the case of the DARE-developed and Bharat Electronics Ltd-built Tarang family of radar warning receivers (RWR). Small wonder therefore that both the Indian Army and IAF have selected SaabTech’s package of RWRs, LWRs and MAWS for fitment on to the HAL-developed and built ‘Rudra’ helicopter-gunship and the Light Combat Helicopter, and consequently, chances of this very same suite being selected for the projected Tejas Mk2 and LCA (Navy) Mk2 MRCAs remain very high.
However, amidst all this, there is still plenty of room for service-inducting the Tejas Mk1 in large numbers—as a tandem-seat lead-in fighter trainer (LIFT)—but  not as a single-seat MRCA. And here’s why: The IAF’s BAE Systems/HAL-built transonic Hawk Mk132 advanced jet trainers (AJT) are presently being used for empowering a trainee pilot for flying single-seat air combat aircraft. That is why the Hawk Mk132’s tandem-seat cockpit has been designed to accommodate only a trainee pilot and his/her flight instructor, and not the trainee pilot and trainee weapon systems operator (WSO). 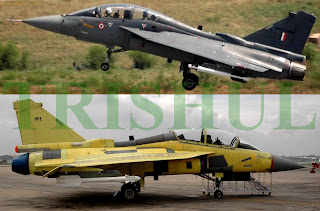 A LIFT, on the other hand, is configured to accommodate the pilot and his/her WSO. Presently, there is no airborne platform available to the IAF for training pilot/WSO teams to undertake interleaved cockpit taskings and consequently, all such training has to be carried out on actual Su-30MKIs (and in future on the Rafales and the FGFAs), which only serves to reduce the total technical service lives (TTSL) of these operational combat aircraft. Therefore, there exists a genuine and uncontested operational requirement by both the IAF and Indian Navy for a tandem-seat Tejas Mk1 configured as a LIFT (capable of accommodating the pilot/WSO team and also being fitted with an X-band pulse-Doppler monopulse multi-mode radar and IRST sensor). Given the fact that AESA-MMR-equipped MRCAs like the Super Su-30MKI, Rafale and FGFA will all be capable of interleaved aircrew operations/taskings, logic demands that the IAF acquire a fleet of at least 80 LIFT-configured Tejas Mk1 tandem-seaters as well.
Posted by Prasun K. Sengupta at 5:34 AM 164 comments: