On February 18, when Shri Narendra Damodardas Modi becomes India’s second ever Prime Minister to inaugurate the Aero India expo (the first was Shri H D Deve Gowda), he, accompanied by Defence Minister Shri Manohar Parrikar and Minister of State for Defence Shri Rao Inderjit Singh, can be expected to view both the aerobatic demonstrations by both home-grown and foreign platforms as well as visit those exhibition halls housing the exhibits of India’s Defence Public Sector Undertakings (DPSU) as well as those of the Defence Research & Development Organisation (DRDO). It remains to be seen if the expo organiser—the Ministry of Defence’s (MoD) Defence Exhibition Organisation (DEO)—will take the assembled VVIPs to view the exhibits of the Indian Space Research Organisation (ISRO). In case the VVIPs do make it there, this by itself will constitute a grim reality check. Why so? Because traditionally, the booth—itself left segregated in an insignificant corner inside a makeshift exhibition hall—is largely left unmanned. Anyone familiar with ISRO’s exploits and achievements will indeed find this hard to believe or digest, but this has been a fact of life for far too long! One therefore can only hope that NaMo takes stock of this and demands urgent remedial measures from the DEO. 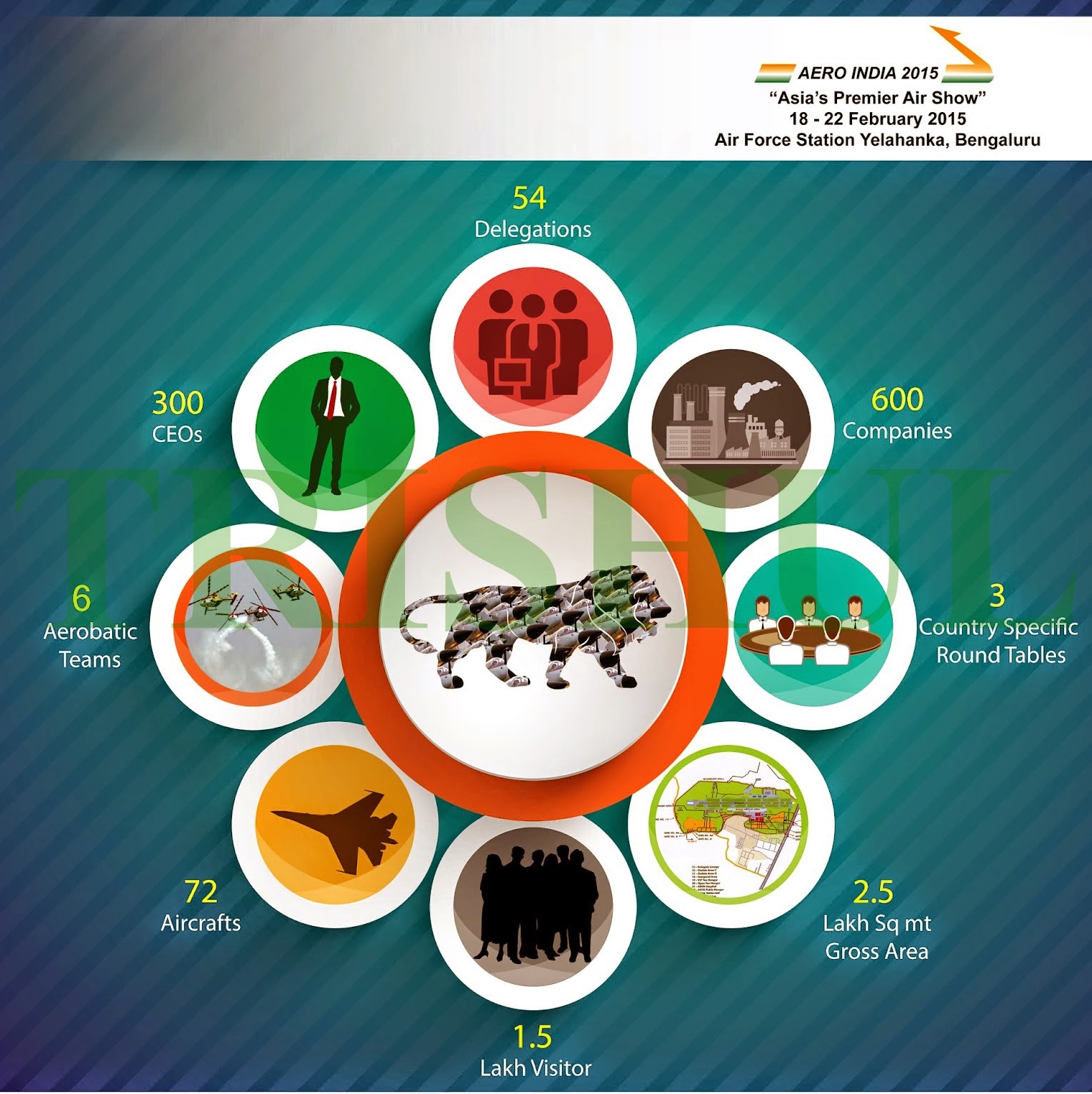 Let’s now venture into the expo proper: although it has been hailed as an aerospace expo, Aero India has traditionally been strictly for military aviation. Why? Simply because the DEO has no idea about what exactly constitutes the aerospace industries and markets. Consequently, no one from the DEO bothers to canvass abroad for participation by the space agencies and OEMs from countries like the US, France and Russia. Similarly, you won’t find any reputable foreign MRO service provider, nor any original equipment manufacturer (OEM) producing commercial aircraft interiors, galley equipment, avionics, in-flight entertainment systems, etc. etc. Likewise, if anyone thinks that the expo will play host to OEMs for airport ground support hardware or aerobridges, he/she will definitely draw a blank. Of the 328 OEMs from 33 countries participating in Aero India 2015, the US will have the largest representation with 64 companies, followed by France with 58 companies, the UK with 48, Russia with 41 and Israel with 25. Although the total number of foreign companies participating has risen sharply from 212 in Aero India 2013 to 328 this year, rest assured that 99% of them will be hawking their products for off-the-shelf purchases. 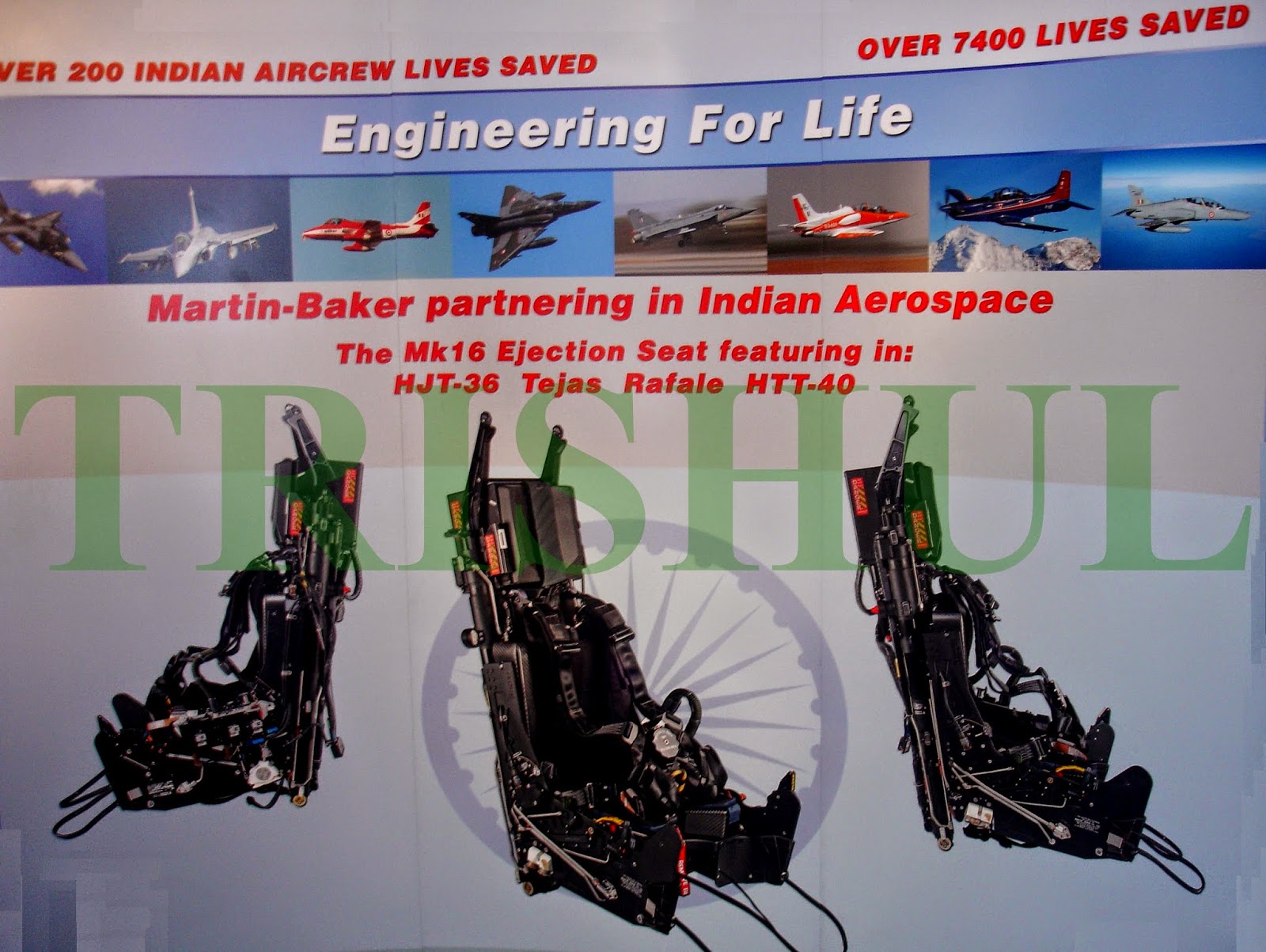 Participation by Indian exhibitors, which has risen from 156 companies in 2013 to 266 this year, will be accounted for mostly by the DPSUs and DRDO laboratories, with only a tiny sprinkling of MSMEs. For the very first time there will be participation from three states—Karnataka, Gujarat and Andhra Pradesh—that wish to attract foreign OEMs setting up shop in their territories. 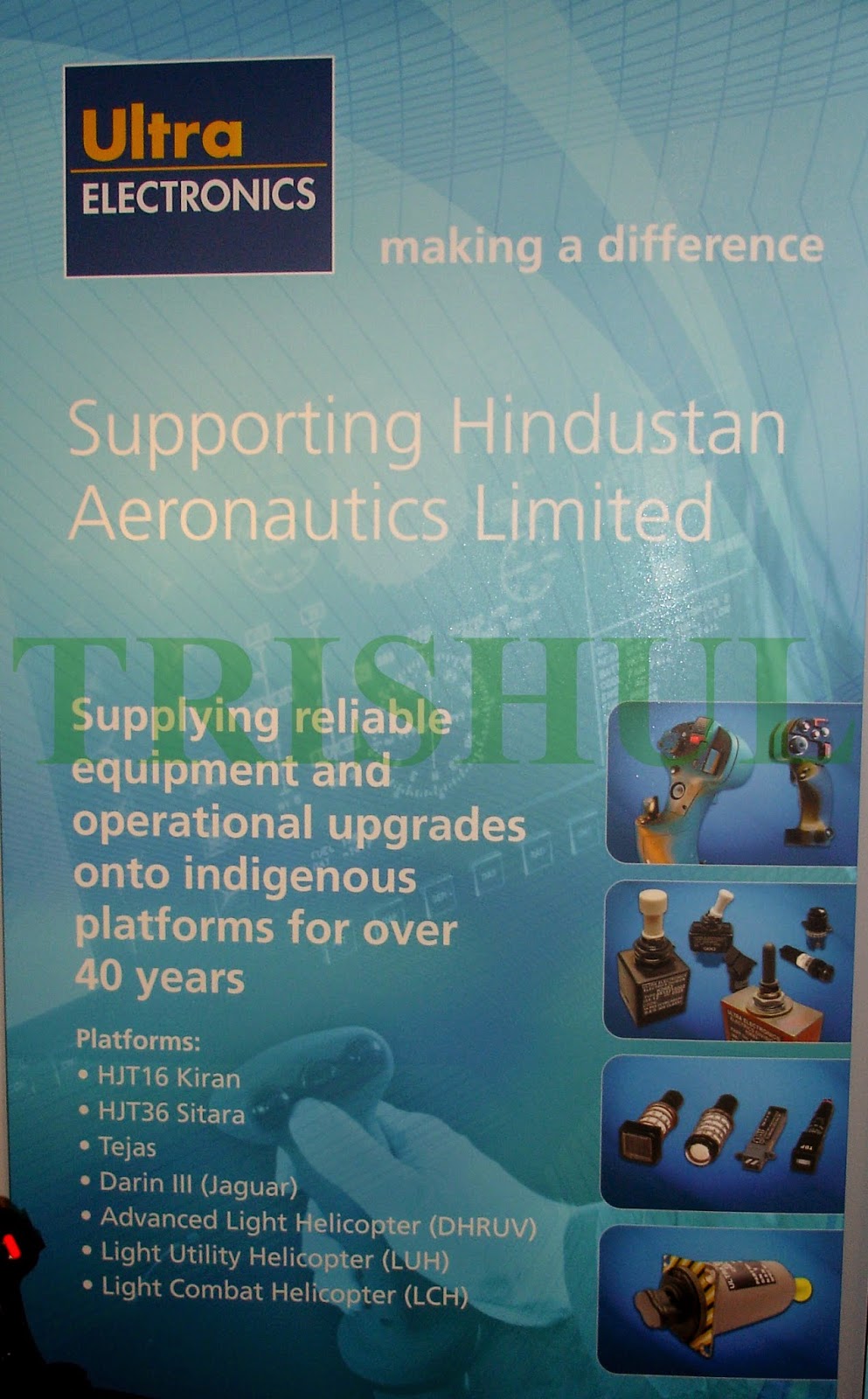 Suggested Reality Checks
Here are a few questions that NaMo and Shri Parrikar ought to ask their Mod-owned DPSU hosts if and when they visit their respective pavilions: 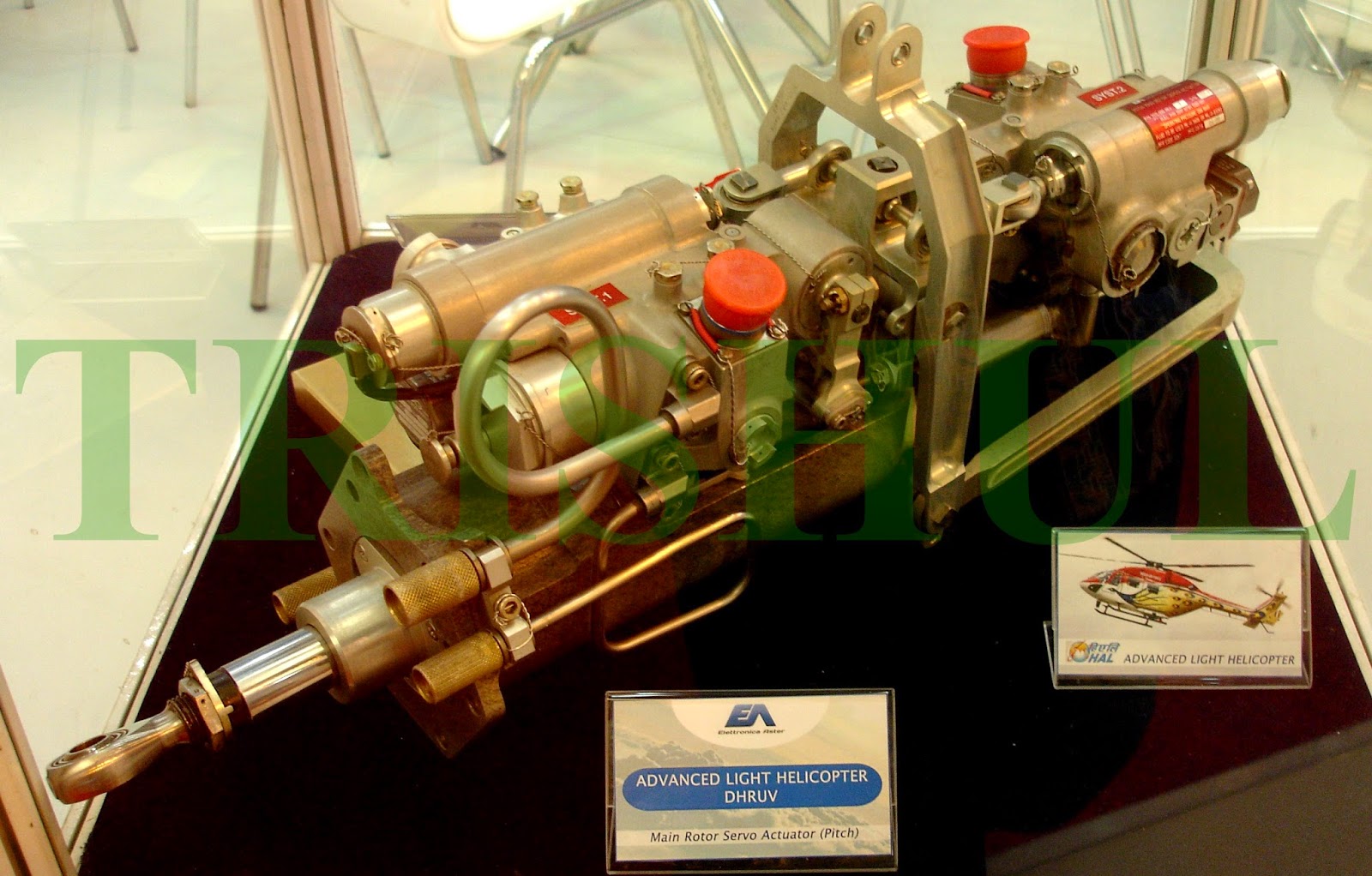 Why has the Hindustan Aeronautics Ltd (HAL) consistently shied for a full decade now away from obtaining EASA airworthiness certification for the Dhruv ALH? 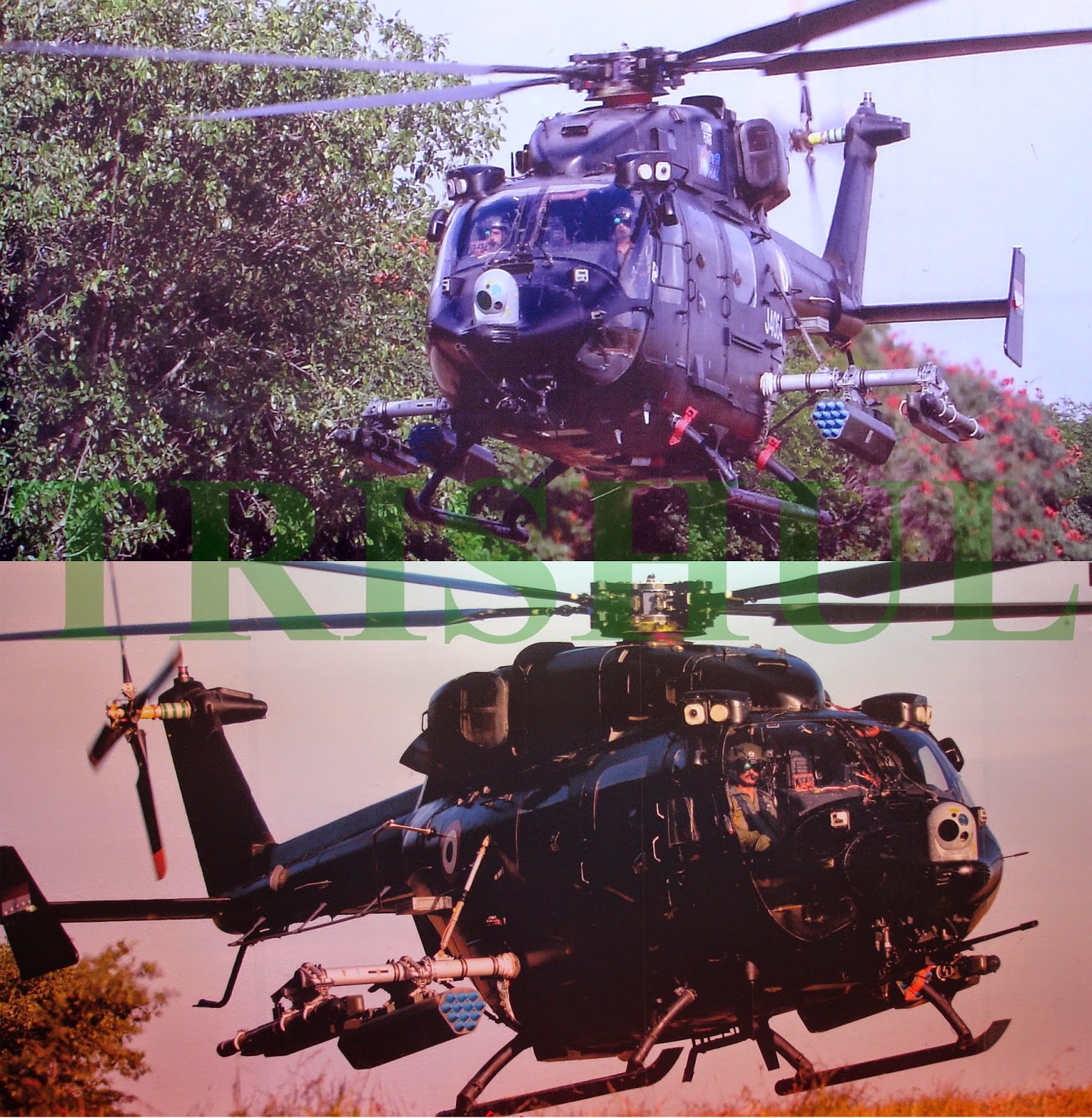 Why has the Indian Army’s Aviation Corps not yet raised its first squadron of the ‘Rudra’ helicopter-gunship despite taking delivery of the first such helicopter back in February 2013? 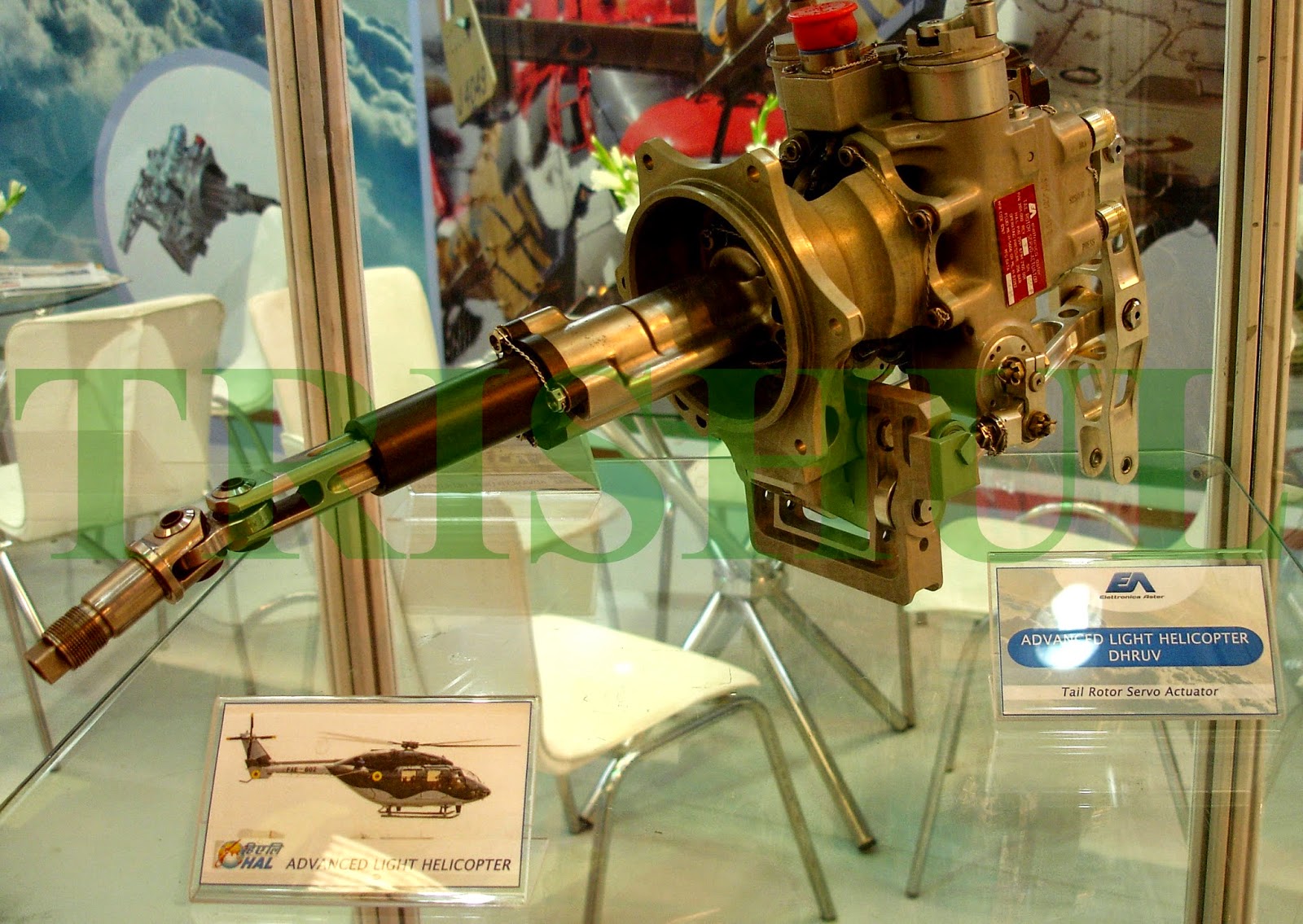 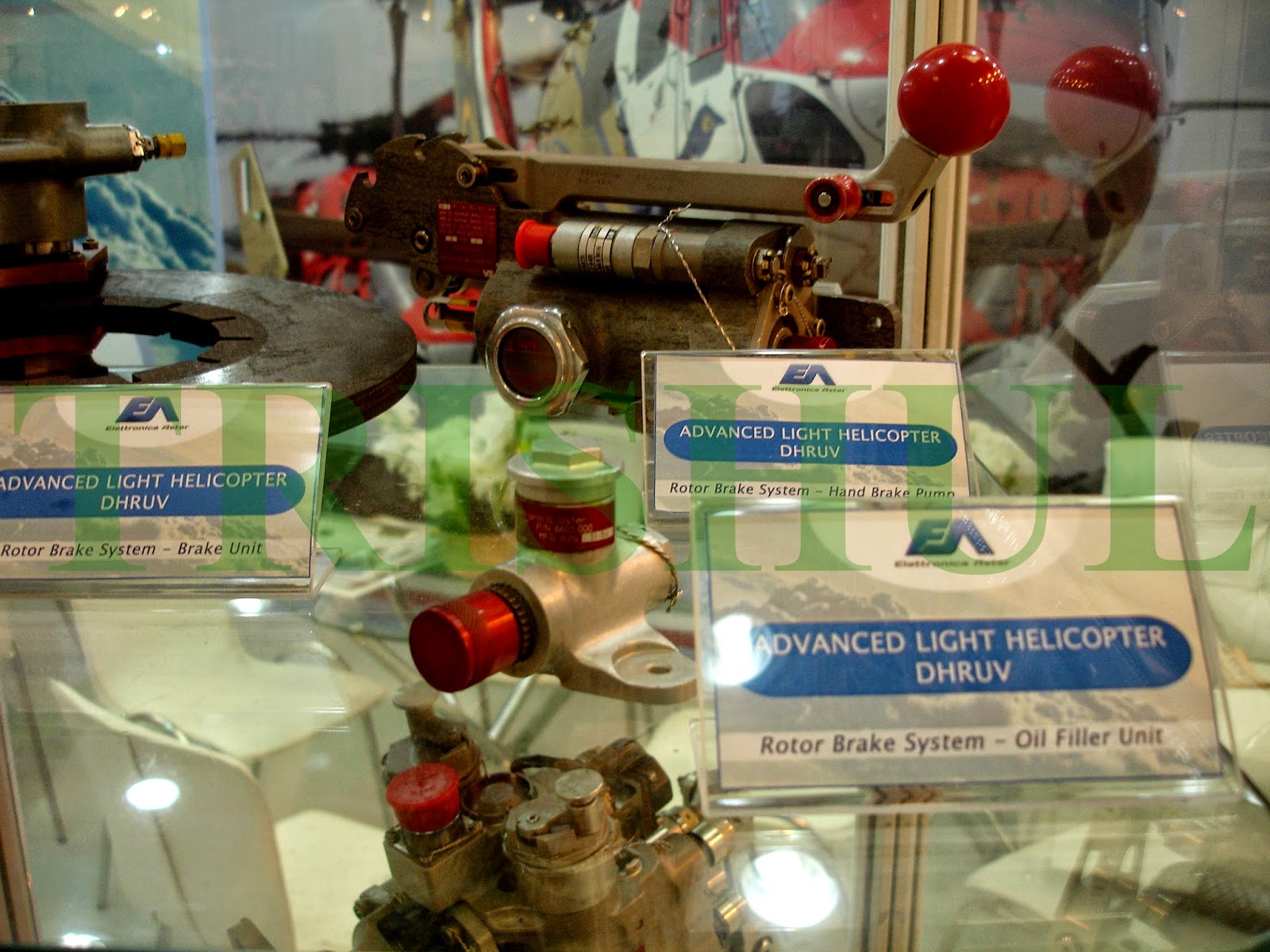 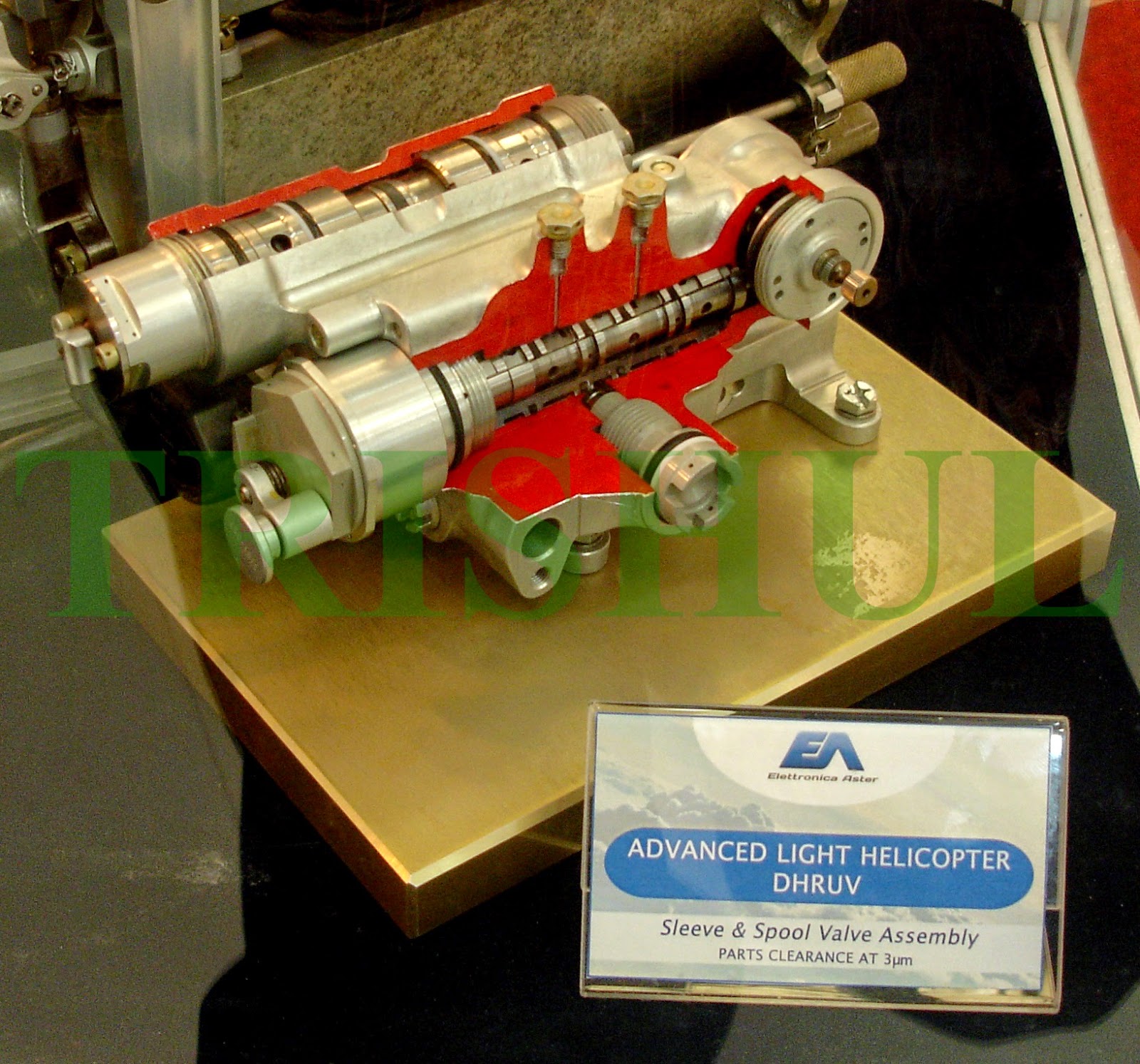 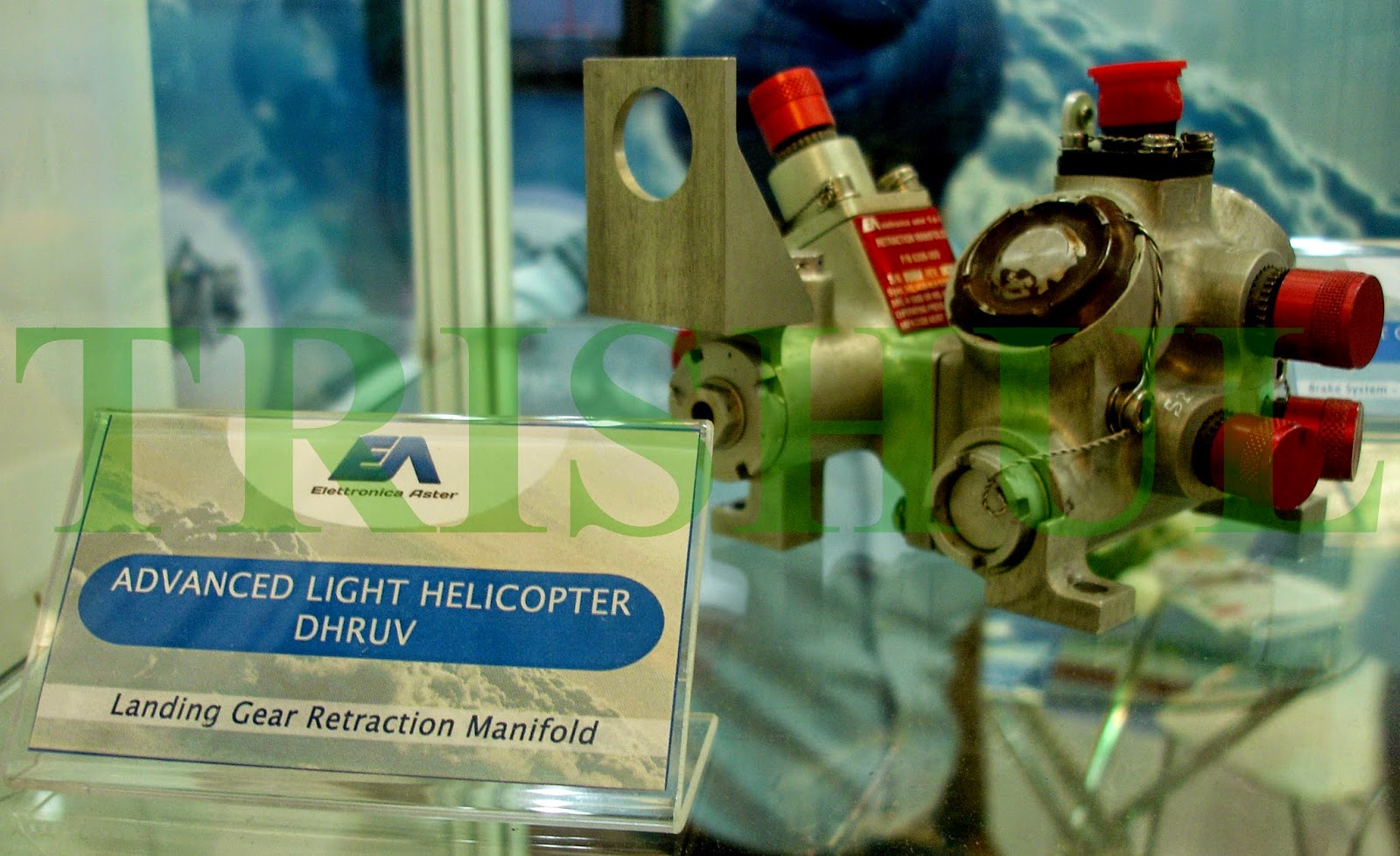 What is the Dhruv ALH’s percentage of claimed indigenisation by weight, by volume, by cost, and by technological content? This is because imported equipment may constitute only 20% of the platform by weight and volume, but could account for as much as 80% of the cost and technology content. 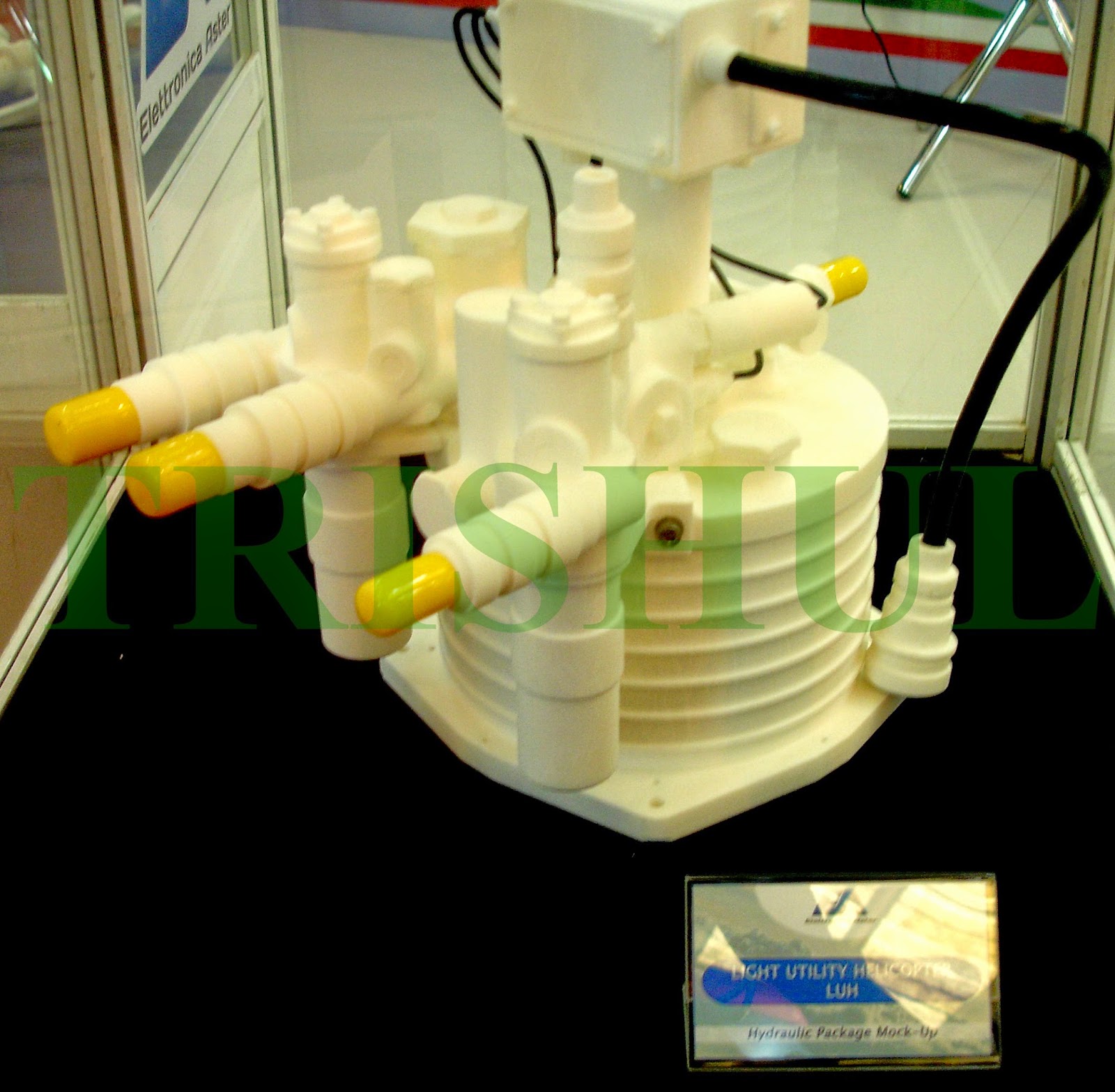 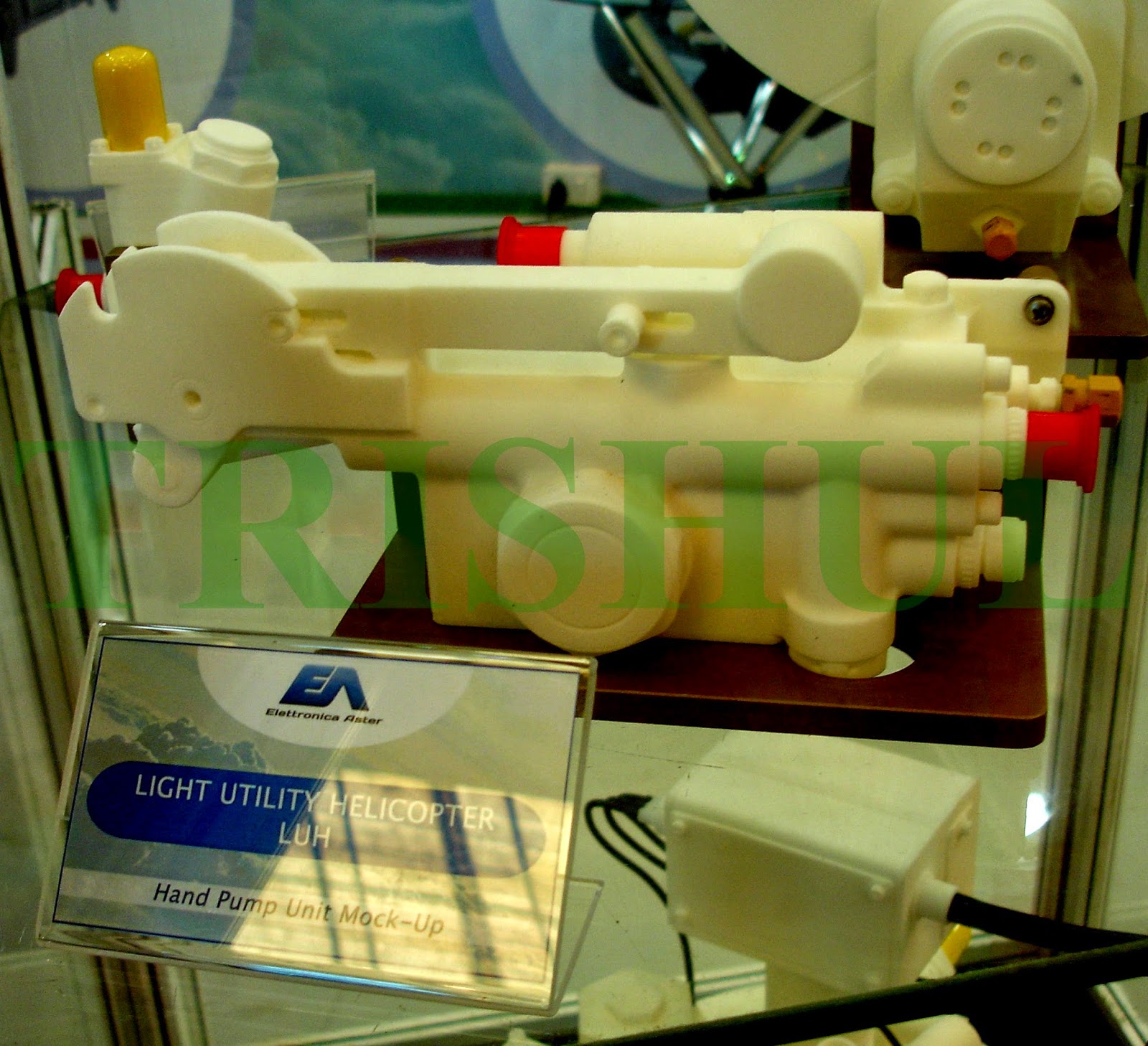 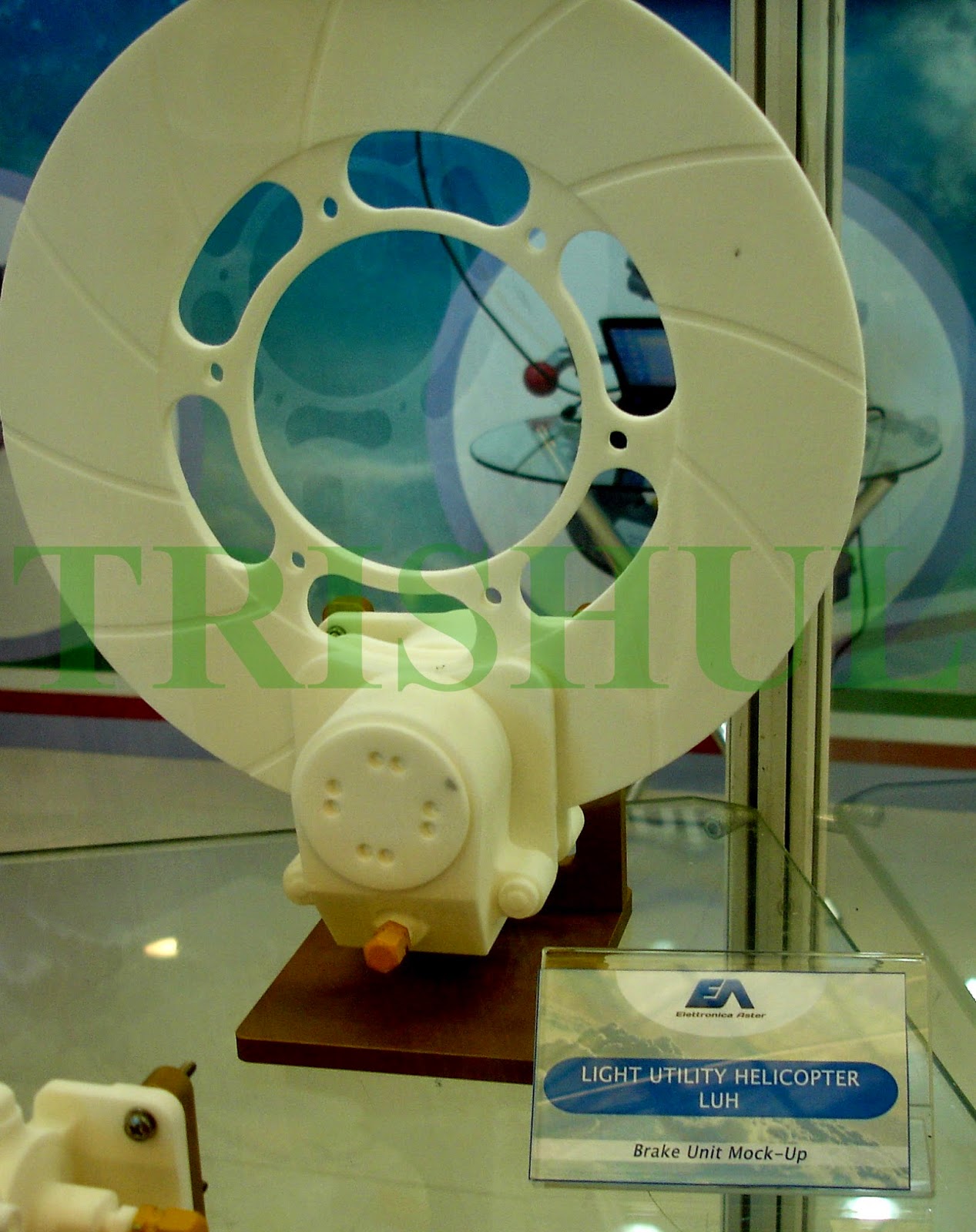 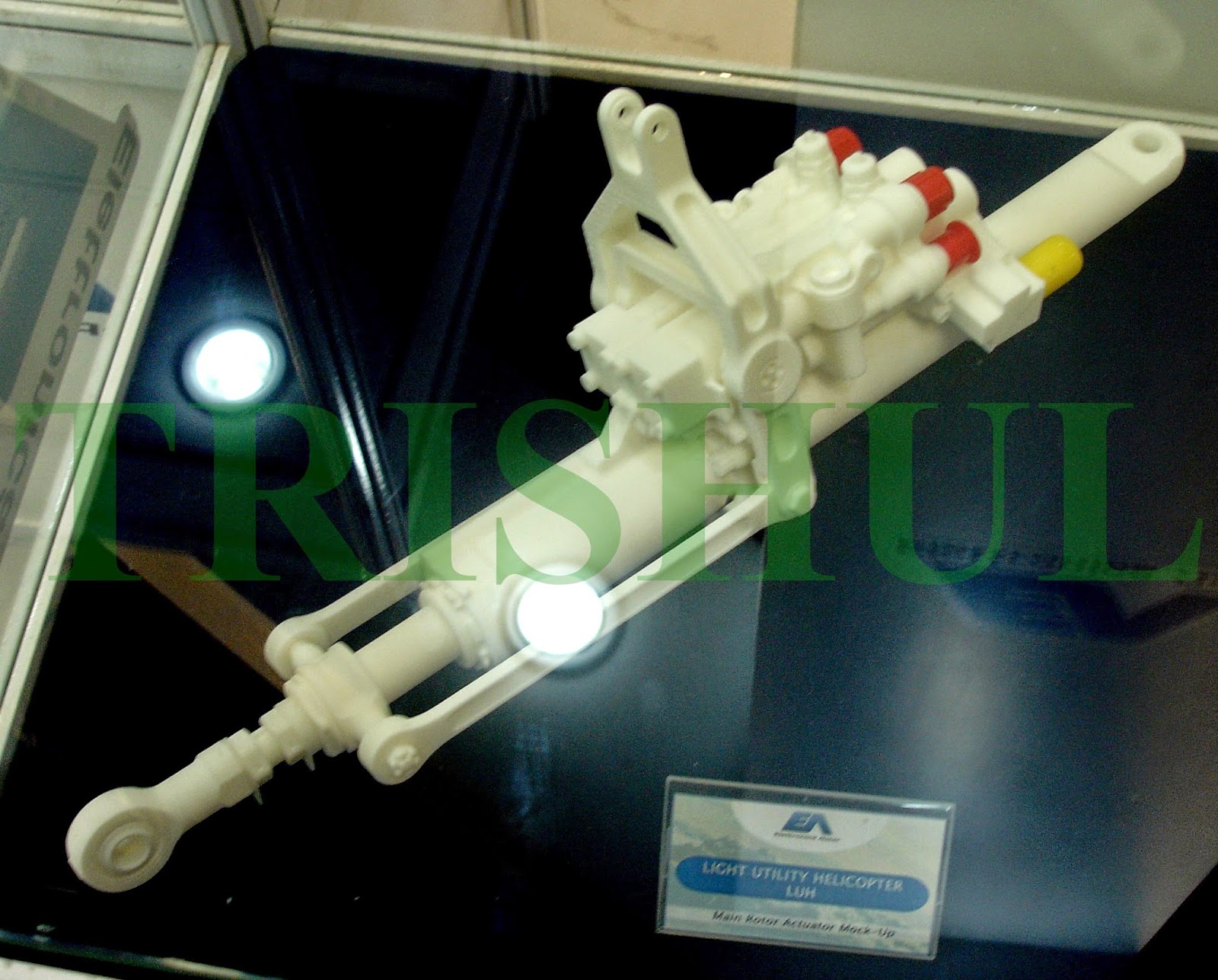 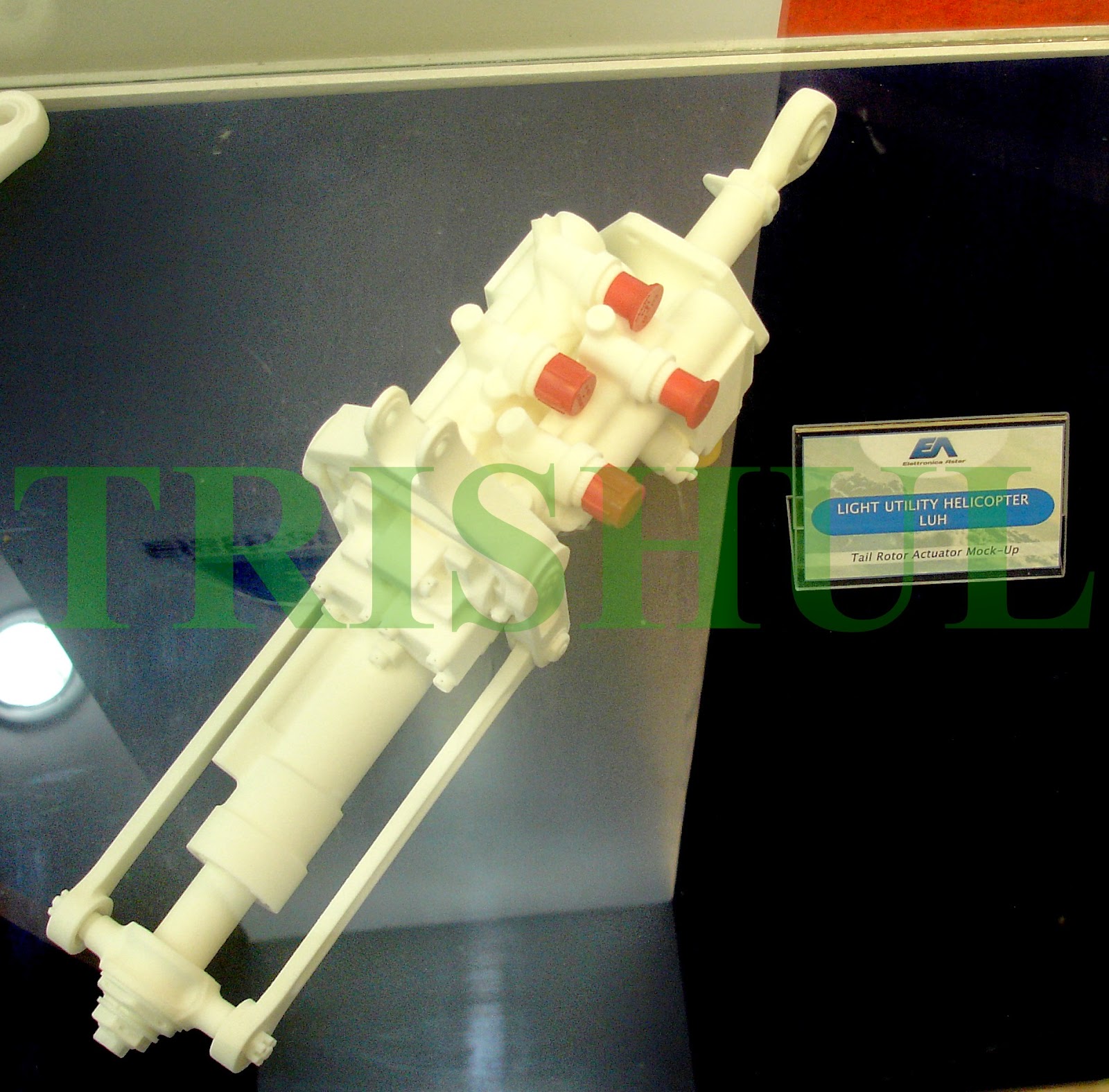 Similarly, what will be the claimed indigenisation by weight, by volume, by cost, and by technological content of the HAL -developed Light Utility Helicopter’s (LUH) and Light Combat Helicopter’s (LCH)? 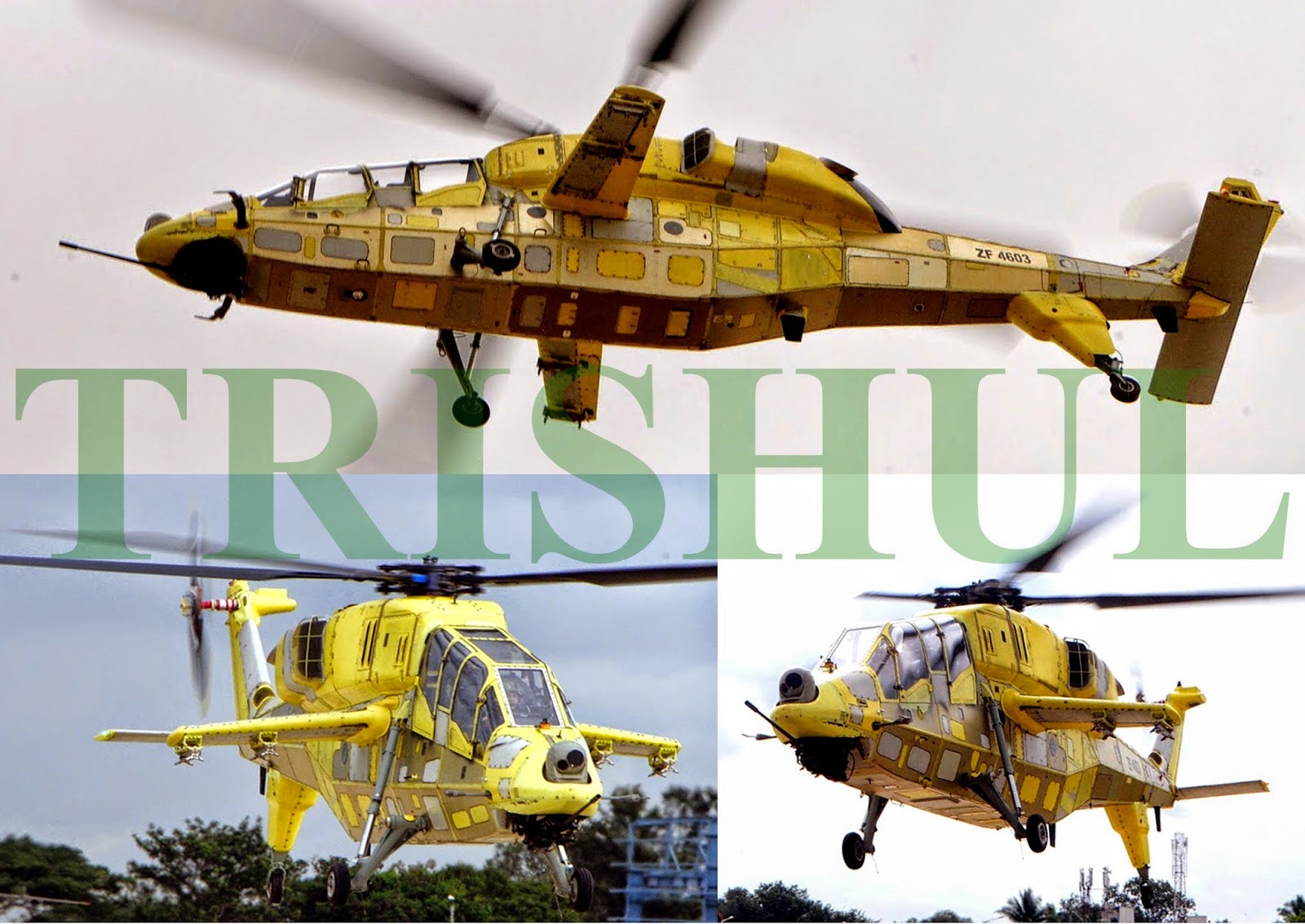 Which entity—HAL or the DRDO’s Aeronautical development Agency (ADA)—should be primarily responsible for commercially marketing the Tejas family of multi-role combat aircraft (MRCA)? And this is why I’m asking this question: If a certain customer, let’s say Egypt, is interested in procuring the Tejas Mk1 MRCA’s tandem-seater version configured as a lead-in-fighter trainer (LIFT), but it wants to procure the aircraft with non-Israeli multi-mode pulse-Doppler radars, helmet-mounted displays and laser designation pods, which entity should be held accountable for delivering the customer-specified end-product: HAL, the aircraft manufacturer, or ADA, the aircraft designer-cum-systems integrator? 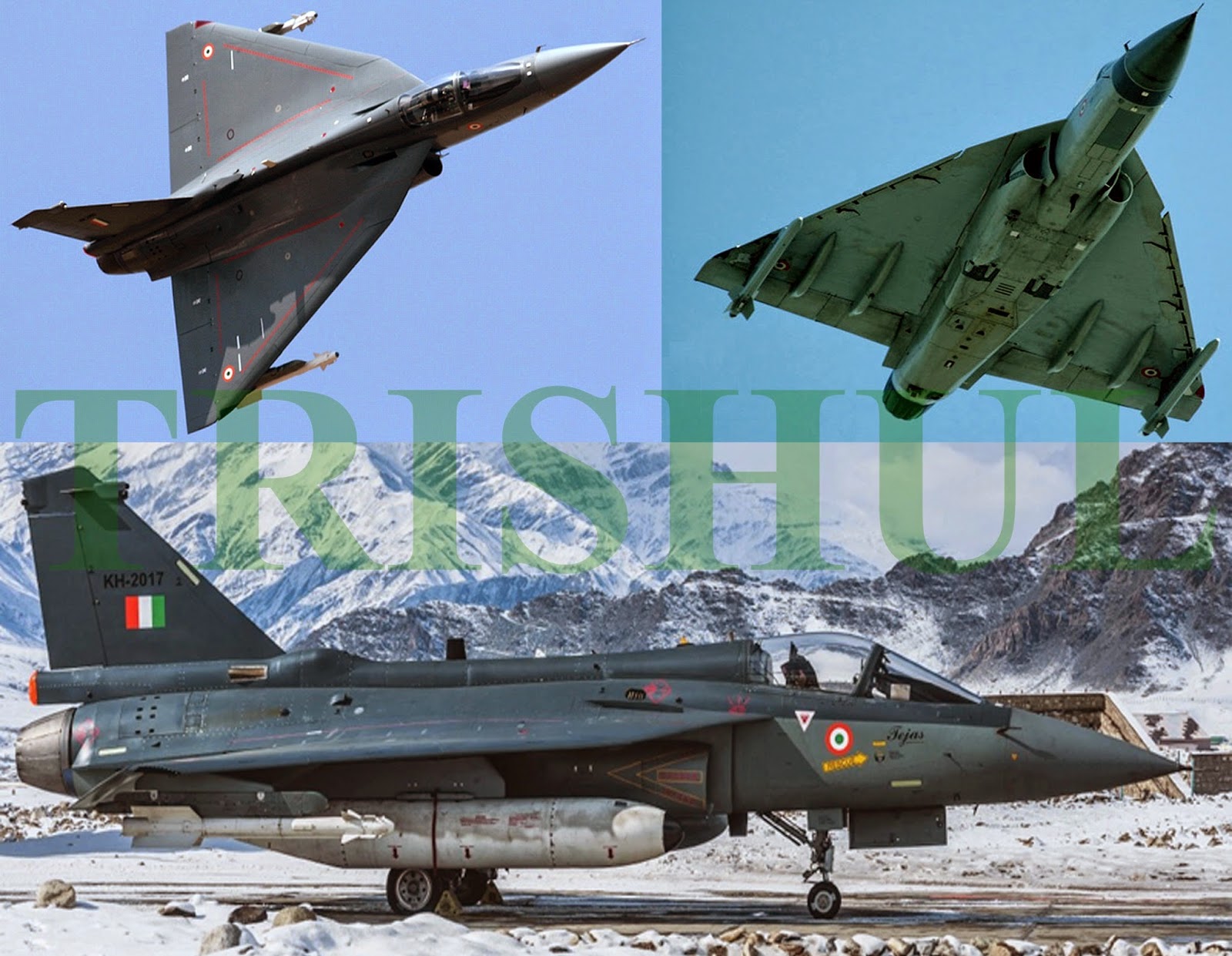 Which OEM supplies all the synthetic resins that are used for fabricating all the co-cured composite airframe structures for the Dhruv ALH, LCH, LUH and the Tejas MRCA? Is the OEM a ‘desi’ one? 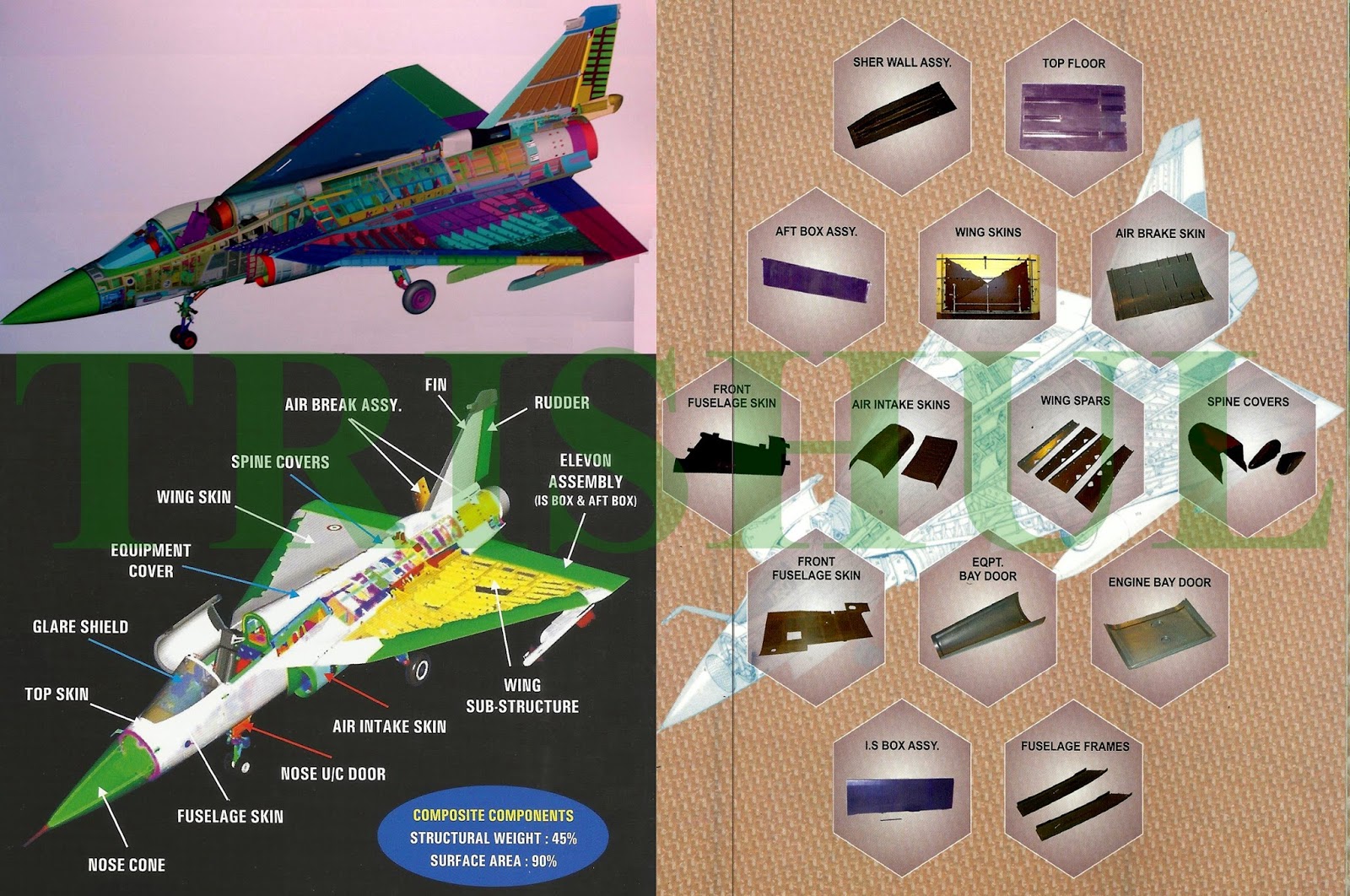 Why does India still need to import Ni-Cd batteries for the Tejas MRCA, Dhruv/Rudra ALH, HJT-36, Mi-25 and Mi-35P platforms, as well as for the Searcher Mk2 and Heron UAVs? 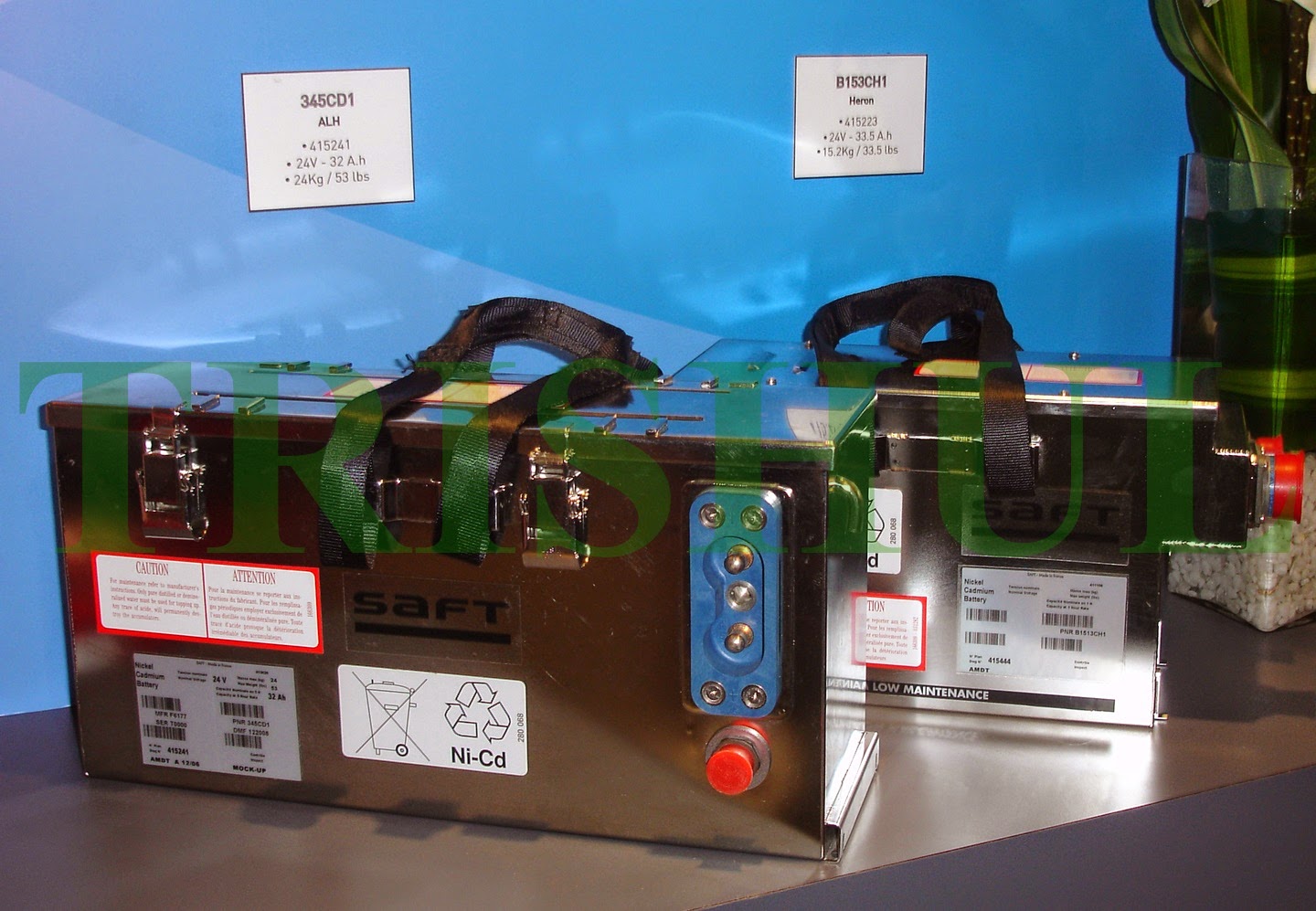 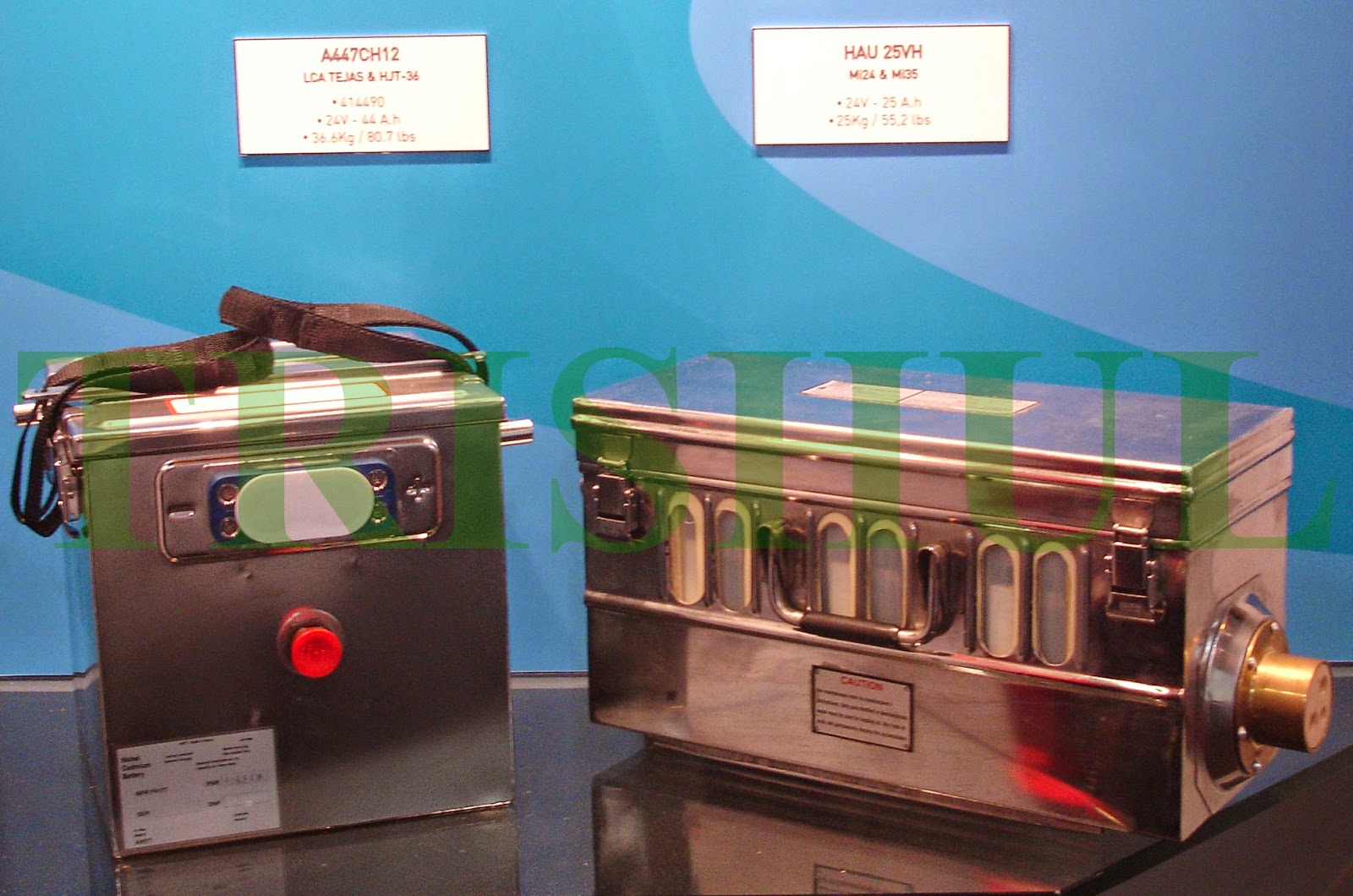 Why has no one in India ever thought about devising indigenous alternatives to imported weapons ejector racks/pylons for platforms like the Dhruv/Rudra ALH and Tejas MRCA? 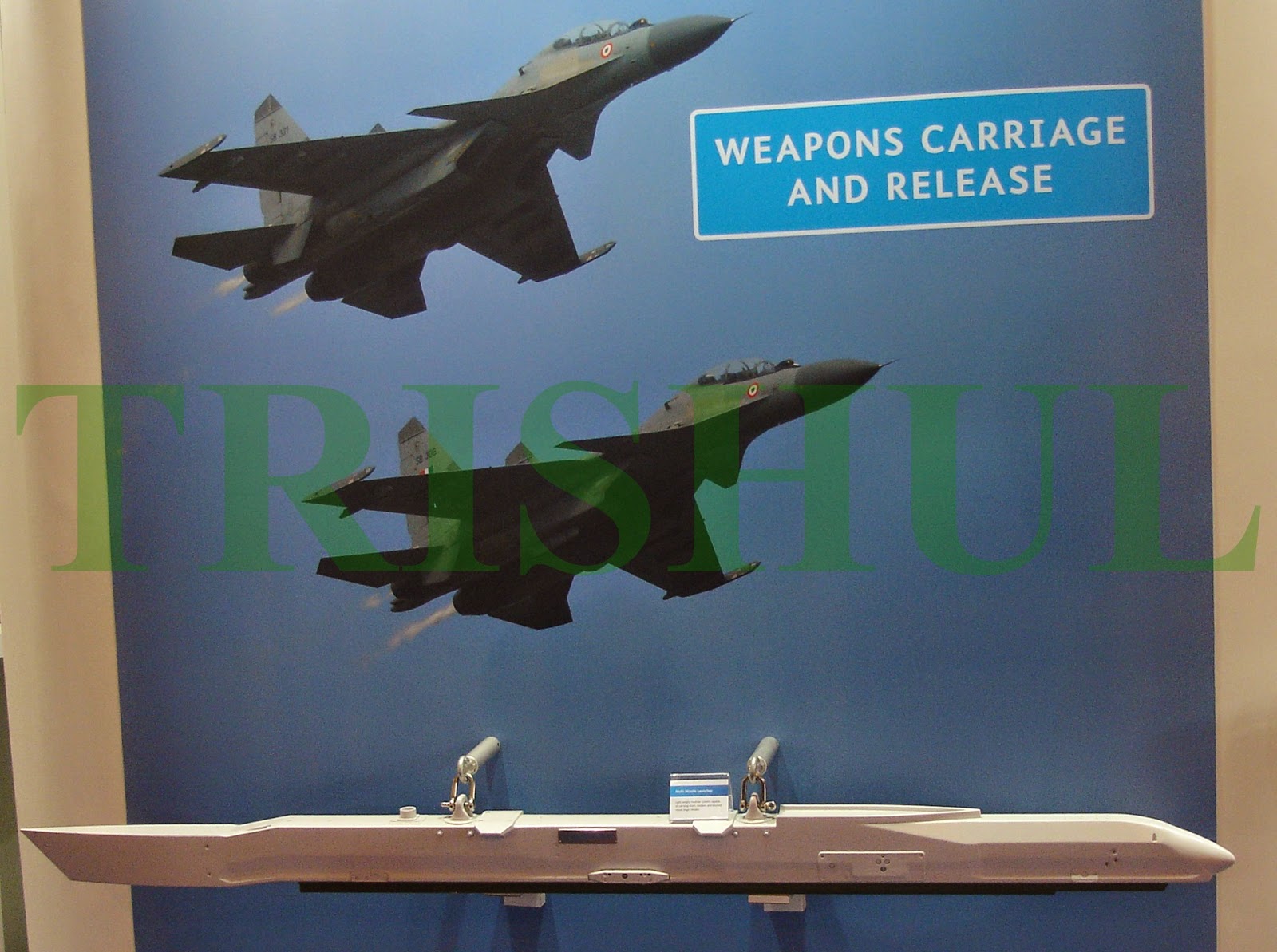 Why has the DRDO failed to develop chaff countermeasures kits for both fixed-wing and rotary-winged manned military platforms? 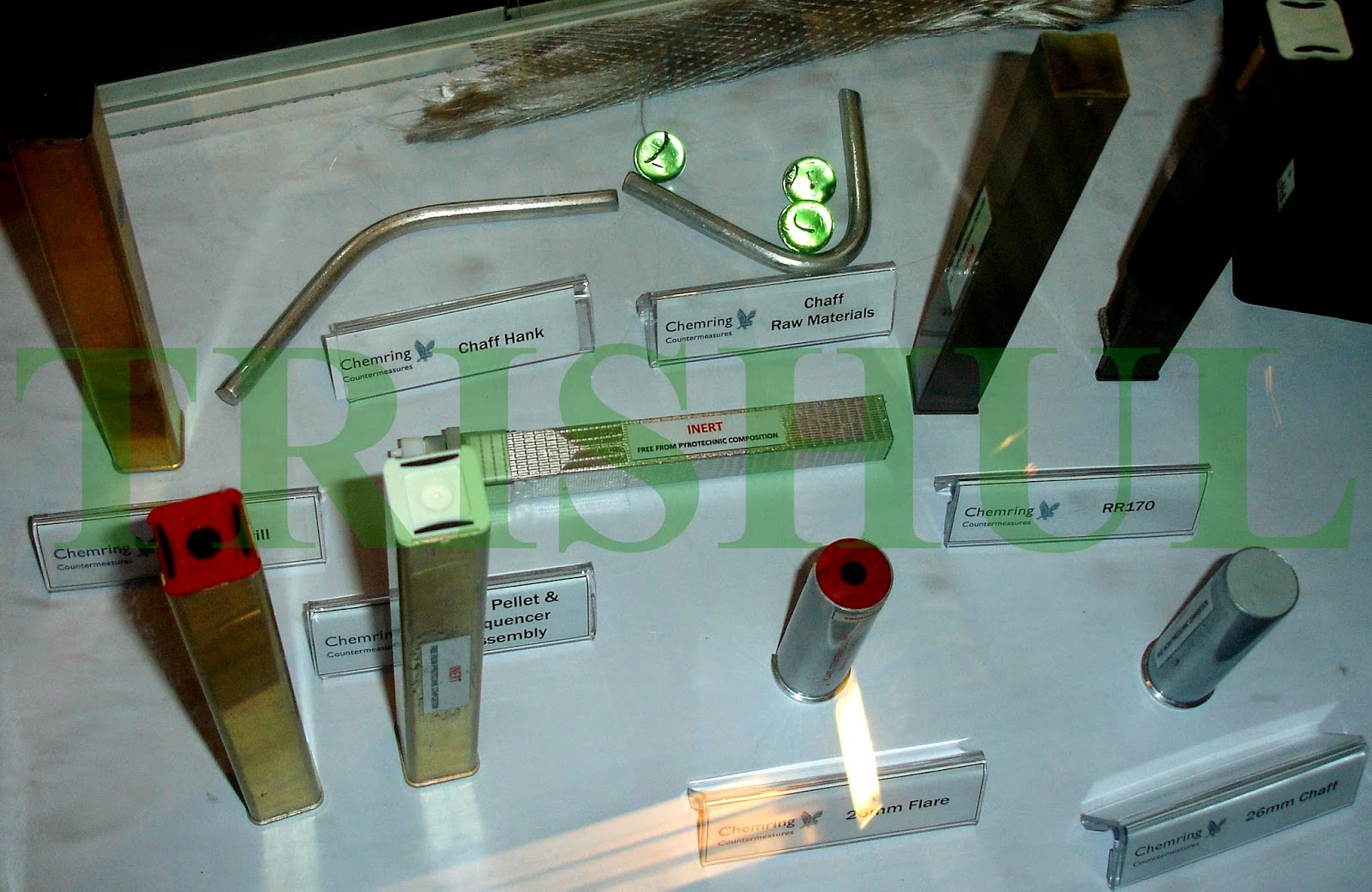 If the hybrid RLG/GPS-based inertial navigation system developed by the DRDO’s RCI laboratory has been successfully flight-tested numerous times on board different types of ballistic and cruise missiles, then what prevents it from being used on-board platforms like the Tejas MRCA and LCH? 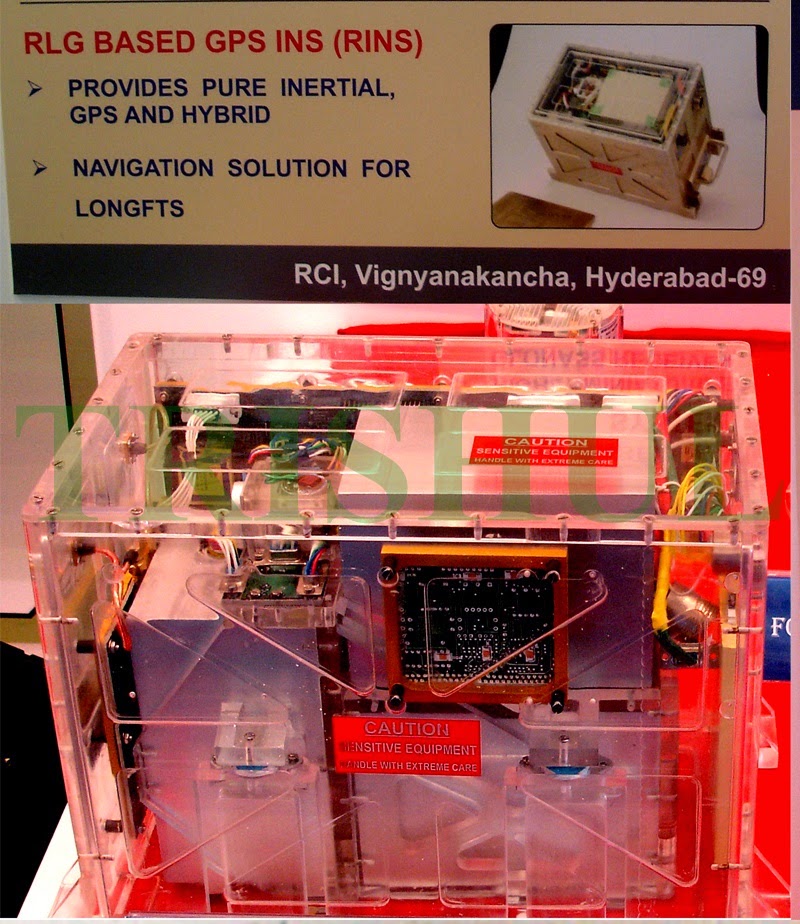 When will the fully functional DRDO-developed Rustom-1 MALE-UAV begin entering service? Why has the DRDO failed to adhere to the original service-entry deadline of late 2013?

Why has the DRDO failed so far to develop COMINT and ELINT payloads for both the Rustom-1 and Rustom-2 MALE-UAVs?

Why does the DRDO-developed Ku-band synthetic aperture radar (SAR) occupy twice as much space volume as that of the in-service EL/M-2055D SARs delivered by the ELTA Systems subsidiary of Israel Aerospace Industries? 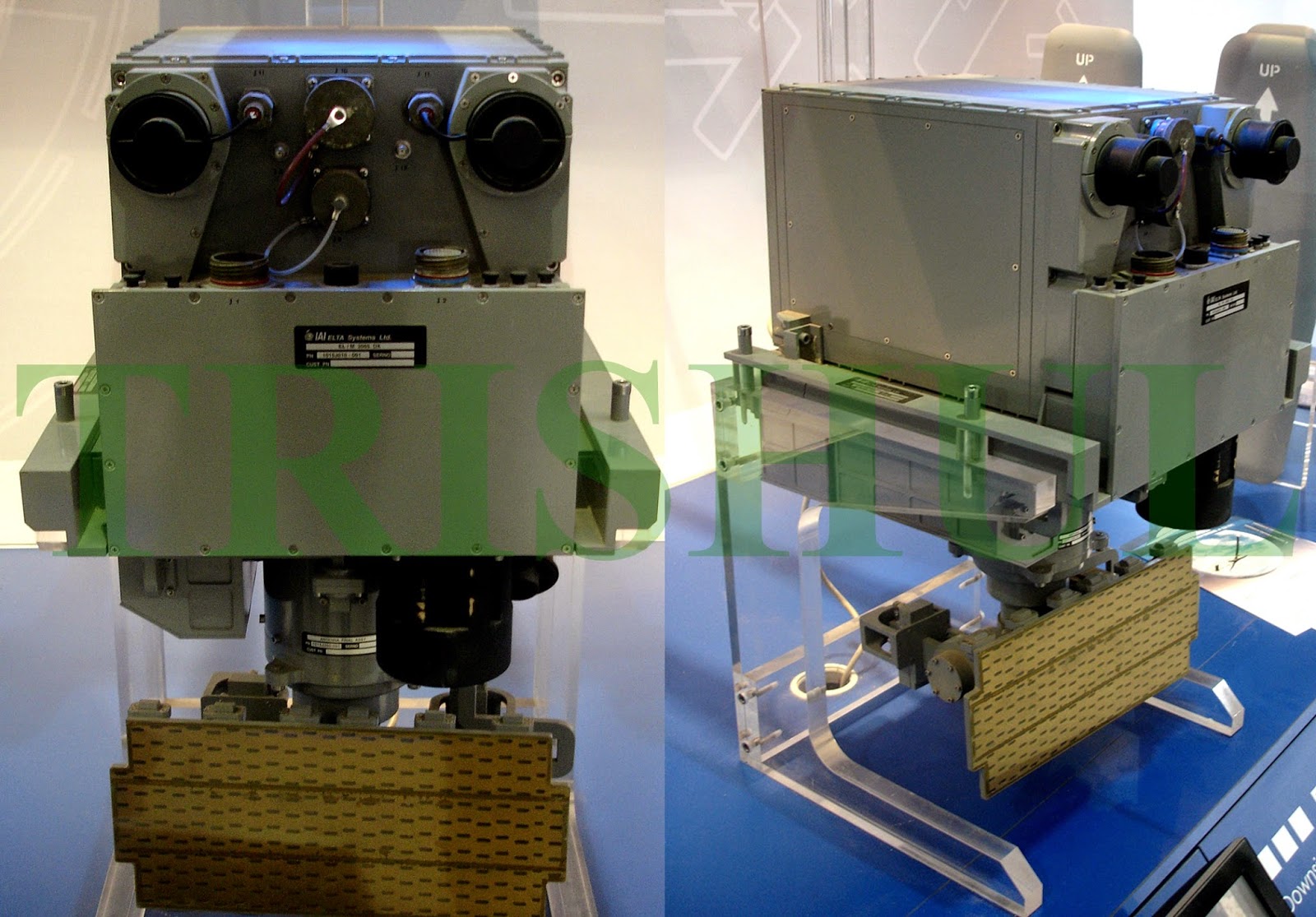 Does the DRDO possess any technological roadmap for developing a family of airborne AESA-MMRs? Or has it restricted itself to developing only the ‘Uttam’ AESA-MMR for the projected Tejas Mk2/LCA (Navy) Mk2 MRCA when, worldwide, established OEMs and developers of AESA-MMRs are busy introducing newer mission-specific applications, such as the EL/M-2022ES that can go on-board both UAVs and manned maritime surveillance/ASW platforms? 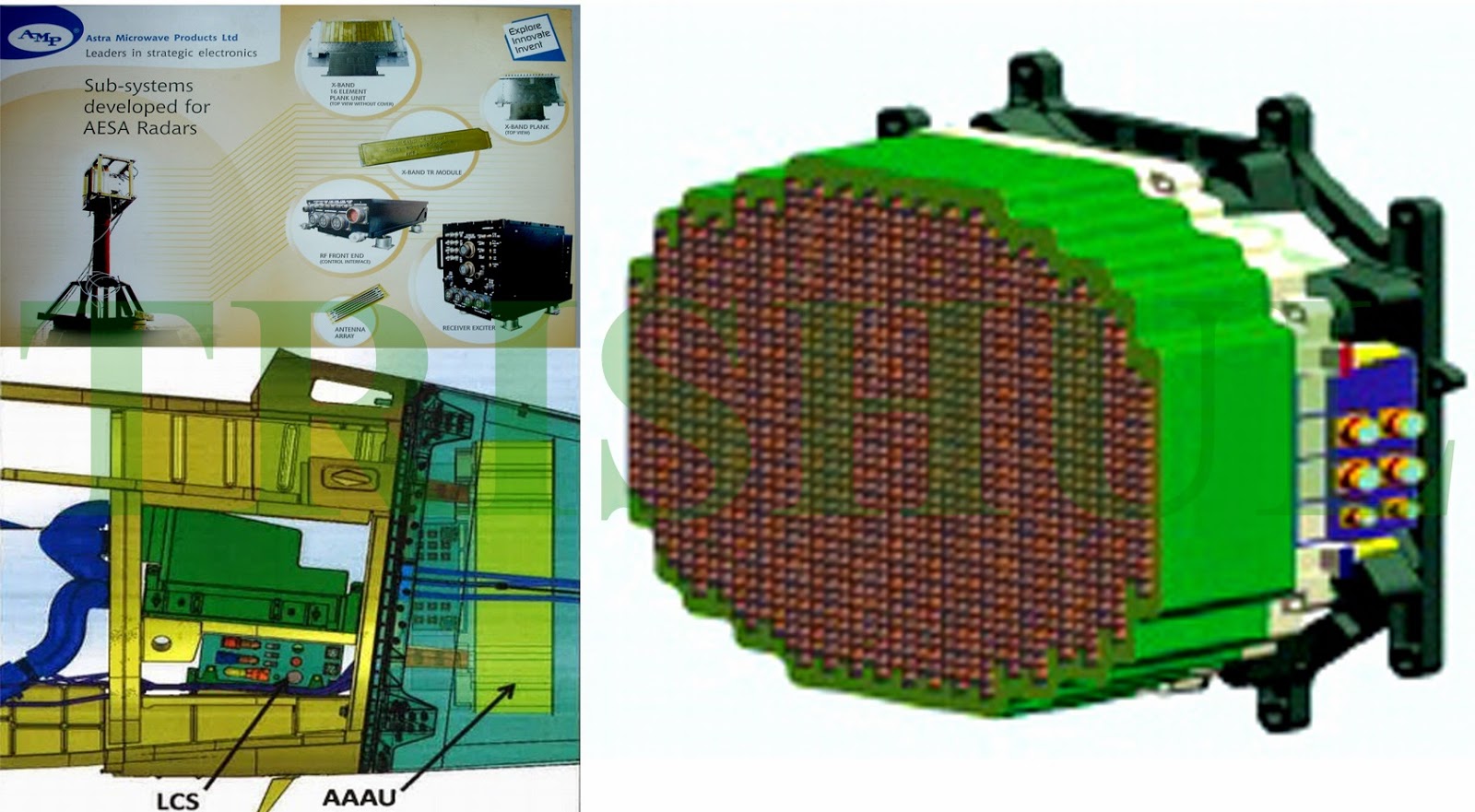 Will the MoD insist on procuring left-hand-drive TATRA heavy-duty trucks from BEML for mounting the DRDO-developed and BEL-built S-band Arudhra MPRs and Ashwini MRSRs? Or will the MoD ensure a level playing-field by soliciting competitive bids from both BEML and India’s private-sector truck manufacturers?