Naval Developments, Plus PGMs Being Developed By DRDO 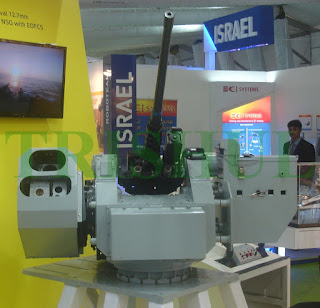 Elbit Systems has been awarded an approximately US$173 million contract to provide close to 200 Remote Controlled Weapon Stations (RCWS) to the Navy and Coast Guard of India. The contract will be implemented over a five-year period. Under the contract, Elbit Systems will provide lightweight, fully stabilised dual-axis naval RCWS to be installed on-board a wide range of vessels. Each of the naval RCWS to be provided will house a Kord 12.7mm heavy machine gun and ammunition, a fire-control system and a modular optronic sensor suite. 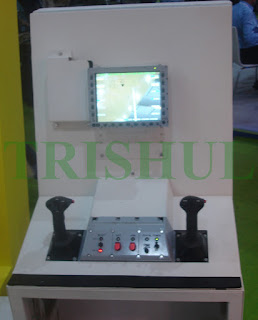 Following exhaustive competitive evaluations, Spain-based INDRA, in which US-based Raytheon owns a 40% stake, had in late 2016 bagged the contract for supplying through the MoD-owned Bharat Electronics Ltd (BEL) the naval version of the 3-D all-digital LTR-25 L-band air/surface search radars for both the four Project 15B guided-missile destroyers, and for the seven Project 17A guided-missile frigates. Each LTR-25 unit is composed of a primary radar integrated with a secondary radar and an operation and power generation sub-systems. The LTR-25 is capable of digital beamforming, direct radio-frequency sampling, monopulse technique of operation in elevation and azimuth, clutter-rejection, as well as ballistic missile detection and tracking. 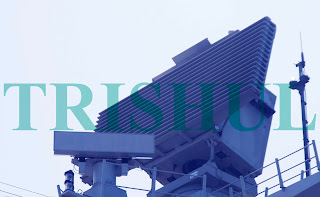 As part of its direct industrial offsets commitment, INDRA has partnered with BEL for helping the latter develop the RAWL-03 digital, 3-D, multi-purpose L-band naval radar for use by smaller naval vessels, such as guided-missile corvettes and shallow-water ASW vessels. 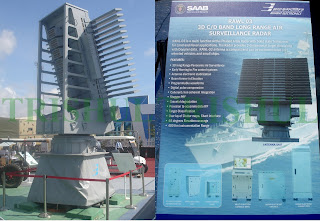 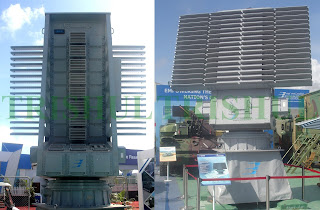 INDRA had entered the Indian market back in 2007 and INDRA Sistemas India Pvt Ltd, a wholly-owned subsidiary of INDRA, was incorporated in March 2009. The same year, this subsidiary was awarded the contract for automation of ATC systems at 38 airports managed by the Airports Authority of India (AAI), followed by a contract for nine secondary surveillance radars, plus instrument landing systems and ATC training simulators at four metro Airports—Delhi, Mumbai, Chennai and Kolkata. In the railways-related infrastructure sector too, INDRA was awarded with several contracts. For the metros, INDRA has to date implemented solutions for automatic fare collection system for the Kolkata Metro, Delhi Airport Metro, Mumbai Metro One, and the first monorail in India. For highways, INDRA has implemented solutions for highway traffic management system for more than 95km in Rajasthan, and for toll management systems in 88 lanes in Andhra Pradesh and Karnataka. INDRA has also provided design and consultation services for the central control at the Indira Gandhi International Airport and for the bus rapid transit corridor in Delhi, known as the Delhi integrated multi-mode transport system (DIMTS). 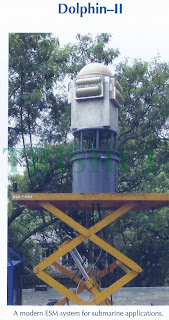 In the military-industrial sector, INDRA in 2016 entered into a workshare agreement with BEL for the design and supply of EW systems for the Indian Navy (Dolphin-2 ESM sensors for SSKs and SSBNs) and Army (the Himraaj and Himshakti CEWS network for deployment over mountainous terrain). 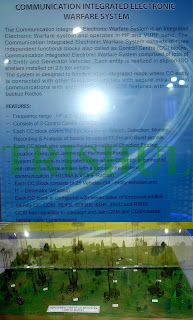 In August 2008, BEL received a Request For Proposal (RFP) from the MoD for supplying one ‘Himraaj’ Low-Intensity Conflict Electronic Warfare System (LICEW), which had been developed by the DRDO’s Defence Electronics Research Laboratory (DLRL). In February 2009, BEL submitted the techno-commercial proposal in a consortium with Electronics Corp of India Ltd (ECIL) for Rs.188.83 crore, which included Rs.16.53 crore towards Annual Maintenance Contract (AMC) and Rs.1.26 crore towards installation charges. The work share of ECIL comprised of major assembly units viz., three units of Control Centre (CC), three units of Cellular Communications Interception Sub-system (CCIS) and six units of Radio Relay Repeater Stations (RRRS), along with Engineering Support (ES) package. As against the cost of Rs.91.02 crore submitted in February 2009 by ECIL (Rs.71.67 crore for major assembly units, Rs.10.75 crore for ES package and Rs.8.60 crore for AMC), BEL, while submitting in February 2009 the commercial proposal to the MoD, quoted Rs.65.01 crore without obtaining the consent of ECIL. In April 2012, ECIL expressed its inability to accept the offer on the grounds that reduced prices were commercially not viable. Consequently, BEL decided in April 2012 to relieve ECIL from the commitment of execution of the workshare and to execute the entire project independently. BEL’s bid was the lowest and the MoD in July 2011 signed a contract for the supply of one LICEW system at a total cost of Rs.188.83 crore. As per the contract, deliveries were to be completed within 18 months of signing the contract, i.e. January 11, 2013. The RFP was followed by a No-Cost-No-Commitment (NCNC) demonstration, which was held in December 2009. During the NCNC demonstrations, major changes were proposed by the MoD. Failure to ensure the requirements of the customer at the time of signing the contract in July 2011, but after submitting the quote in February 2009, resulted in additional expenditure due to changes in equipment/OEM effected by the customer post-submission of the quote. The work of ECIL was completed at a cost of Rs.65.09 crore as against the quoted rate of Rs.69.56 crore. However, delays in obtaining amendments for changes in the OEM’s specifications contributed to delayed deliveries. The MoD levied liquidated damages (LD) of Rs.8.97 crore for the delayed supplies. As a result, BEL had to incur a loss of Rs.56.43 crore due to execution of this project. BEL completed the Project in March 2015 after a delay of 26 months by incurring a cost of Rs.218.42 crore, against which it earned Rs.170.96 crore, resulting in a loss of Rs.47.46 crore against the envisaged profit of Rs.22.10 crore.

The ‘Himshakti’ comes in two different versions. For the Indian Army, it is designed as a CIEWS system, whereas for the IAF it is known as the Ground-Based Mobile ELINT System (GBMES), whose first units were delivered to the IAF on March 18, 2018. The GBMES comprises one Control Station (CS) and three Receiving Stations (RS) integrated in master/slave concept to search, detect, monitor, record and process the hostile emissions as well as to find out the location of the emitter, thereby fulfilling the strategic EW requirements of the IAF. One of the three RS has also been configured to operate in master/slave configuration (with minimal degradation) in the absence of a control station. Each RS contains three ELINT Receiver Segments in the 70 MHz–40 GHz frequency range. In addition, one Communications Intelligence (COMINT) Receiver Segment, operating in 30-1000 MHz frequency range, intercepts and monitors the COMINT signals. Additional details of the Himraaj GBMES can be found here: 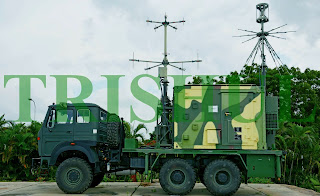 In addition, INDRA has also bagged the contract for for co-developing with BEL a family of VSAT-based rapidly transportable Ku-band SATCOM systems for all three armed services, as well as for the National Nuclear Command Authority and the Strategic Forces Command. These systems provide fast and secure communications, notably amplifying the transmission's bandwidth and increasing the data transmission capacity. Furthermore, they are equipped with the capacity for using commercial and military communications satellites, thereby broadening the coverage of communications and lowering operating costs. 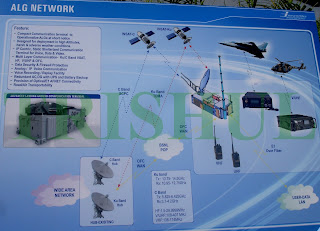 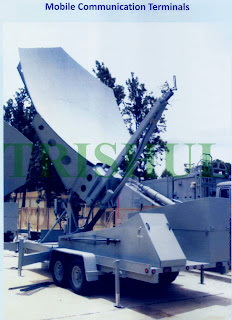 INDRA was also selected by TATA Power SED for supplying navaids for all IAF air bases under the MAFI project. 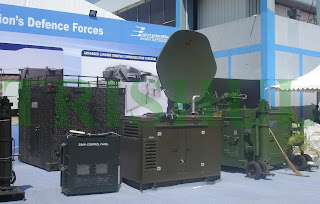 PGMs Being Developed By DRDO 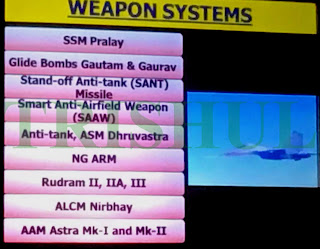 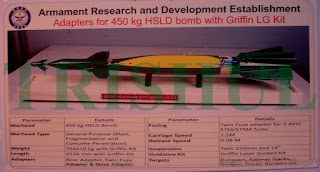 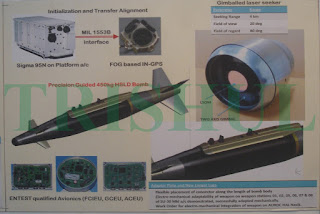 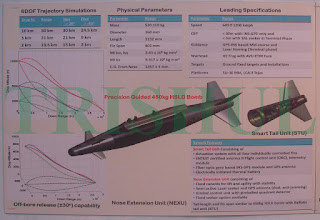 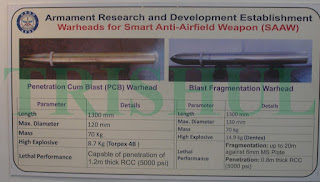 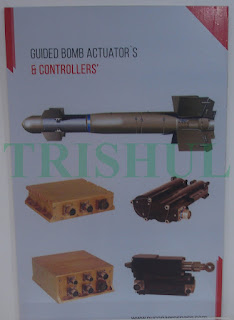 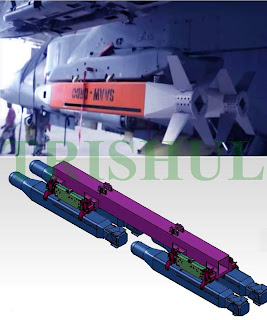 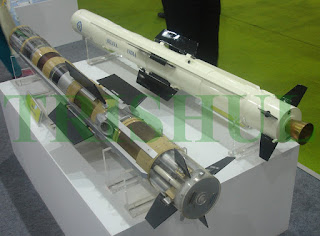 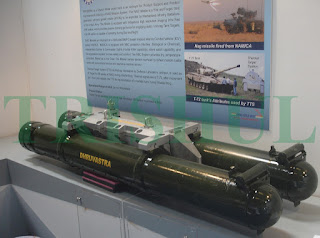 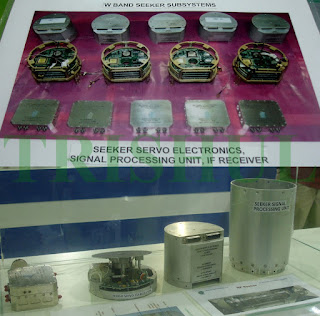 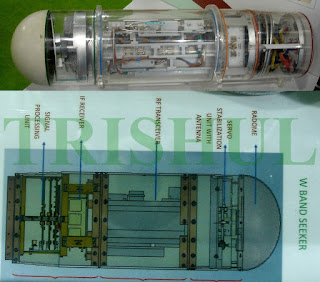 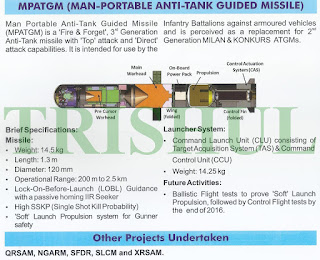 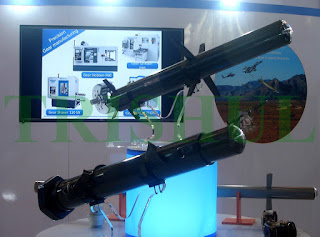 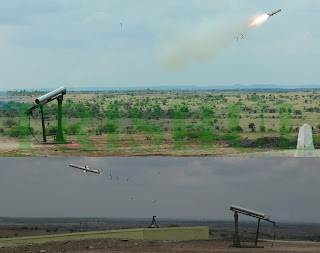 The DRDO will be well-advised to develop a wire-guided version of the long-range ATGM, or a FOG-ATGM like the Red Arrow-10A/AFT-10 from NORINCO, which is shown below. 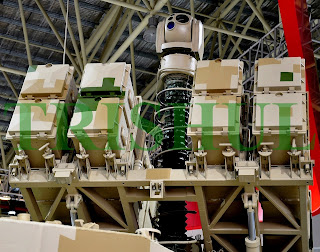 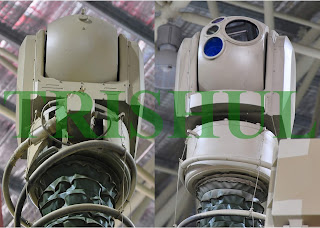